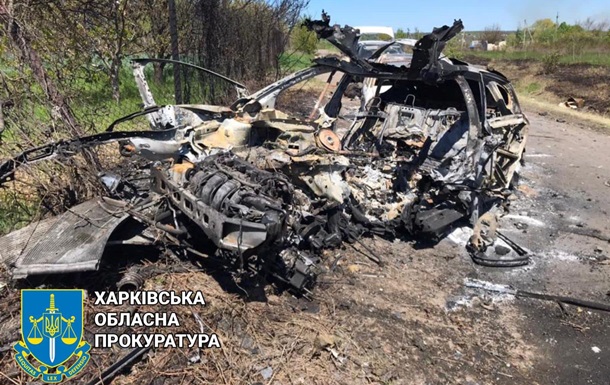 Photo: The Prosecutor’s Office of the Kharkiv region

In the Kharkiv region, Russian invaders shot at a column of 15 private cars, in which there were civilians. As a result, at least four people died. About it informs regional prosecutor’s office on Friday, May 6.

Today, law enforcement officers located the motorcade and carried out a number of investigative actions. On the roadside between the settlements of Stary Saltov and the village of Verkhny Saltov, six damaged cars and four burnt bodies were found.

A pre-trial investigation has been launched on the fact of violation of the laws and customs of war, combined with premeditated murder (part 2 of article 438 of the Criminal Code of Ukraine).

The execution of the specified convoy was reported the day before. According to the relatives of the people who were in the convoy, they were heading to Kharkov. In total, there were several dozen cars in the convoy.


Grave with civilians shot by Russians found in Mykolaiv region

Vucic called the EU a strategic path for Serbia

"Doomsday Plane" will fly over Red Square on May 9