Russian air strike on a school in Belogorovka: 60 dead 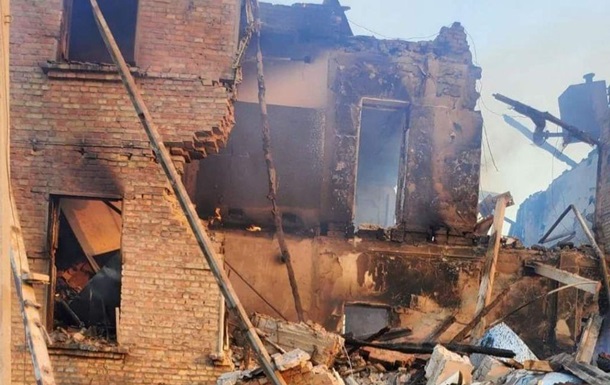 Russia launched an airstrike on a school where people were hiding

The fire, which arose as a result of the Russian bombing, was eliminated only after four hours.

In Belogorivka, Luhansk region, according to preliminary data, 60 people were killed as a result of a Russian airstrike on a school. This was announced by the head of the Luhansk OVA Serhiy Gaidai in Telegram on May 8. Evacuated from the rubble 30 people, seven of whom were injured.

“On May 7, in Belogorovka, as a result of a Russian air strike, fires broke out in a school building on an area of ​​​​about 300 square meters and in a house of culture. The fire was extinguished in almost four hours, then the rubble was dismantled and, unfortunately, the bodies of two dead were found. Most likely , all 60 people who remained under the rubble of buildings died,” Gaidai wrote.

On the eve it was reported that in the city of Privolye, Luhansk region, two children were killed during the shelling, a woman and two more children were seriously injured. Gaidai notes that there may be more victims and calls on local residents to evacuate as soon as possible.

Earlier, the head of the OVA reported that residents of the Luhansk region refuse to evacuate, despite the increased shelling.

According to the adviser to the mayor of Mariupol, up to 100 dead local residents are found under each house destroyed by the invaders in the city.

The invaders advanced in the east. Summary of the General Staff

Zelensky honors those who died in World War II