The Navy showed the destruction of the Russian Raptor 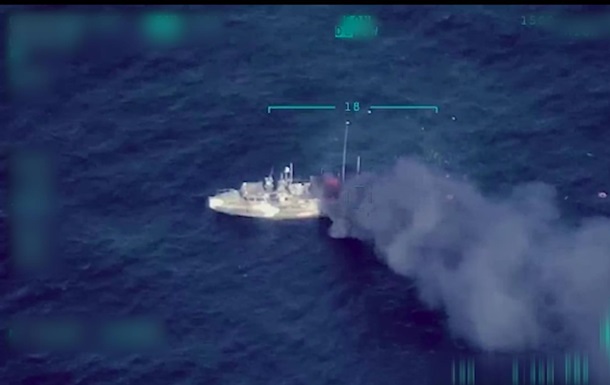 Bayraktar hit the Raptors of the invaders

Landing assault boats of the occupiers were blown up by Ukrainian Bayraktars near Zmeiny.

“Snake. Point of no return Reshista.” Again, there are no analogues .. that’s how one day, the Bayraktars of the Ukrainian Navy destroyed two more speed boats of the country of the terrorist 03160 Raptor,” the report says.

In recent days, the occupied Snake Island is turning into another Chernobaevka. On the eve it was reported that the Armed Forces of Ukraine destroyed a Russian landing craft of the Serna type and two landing assault boats of the Raptor type. Another Raptor was significantly damaged, 46 Russians from the crew and troops were killed.

Also, the Armed Forces of Ukraine showed how they destroyed the landing helicopter of the invaders over the island.

On Thursday, it became known that the wrecked Russian frigate Admiral Makarov was on fire in the Black Sea off Zmeiny Island. This is the second most powerful ship of the Black Sea Fleet of the Russian Federation after the dead Moscow.

Russia pulls anti-aircraft missile forces to the north of Crimea