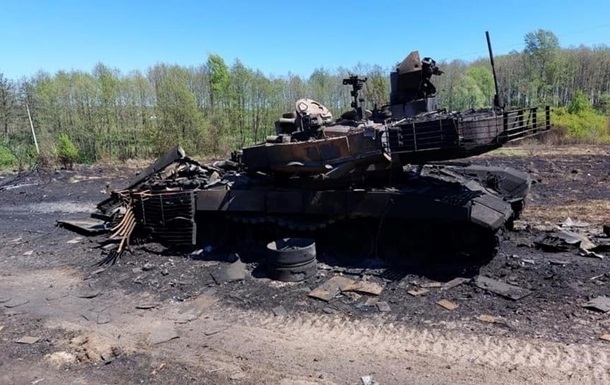 The General Staff of the Armed Forces of Ukraine published operational information on the Russian invasion as of 18.00 Monday, May 9.

The invaders continue their offensive in the eastern part of Ukraine, seeking complete control over the territory of the Donetsk and Luhansk regions and the land corridor between them and the occupied Crimea. General Staff of the Armed Forces of Ukraine published operational information on the Russian invasion as of 18.00 Monday, May 9.

It is reported that there remains a high probability of missile strikes on civilian and military infrastructure throughout Ukraine.

The troops of the Russian Federation did not conduct active operations in the Volyn and Polesye directions.

According to the General Staff, there are no special changes in the Seversk direction. In the Slobozhansky direction, enemy troops are on the defensive, offensive actions are not observed.

In the Izyum direction, the enemy is resupplying materiel and preparing subunits for further offensive operations in the Izyum-Barvenkovo ​​and Izyum-Slavyansk directions.

In the Severodonetsk direction, there is a battle for Rubizhne. The enemy is trying to capture the city and move in the directions of the settlements of Liman and Severodonetsk, made an unsuccessful attempt to storm the settlement of Voevodovka and retreated to the previously occupied positions.

In the Avdeevka direction, fighting continues in the areas of the settlements of Novoselovka, Novoselovka Vtoraya, Verkhnetoretskoye.

On the Novopavlovsk and Zaporozhye directions, the enemy is regrouping troops for further active operations.

“It is expected to build up the specified grouping at the expense of units that performed tasks in the area of ​​the city of Mariupol,” the report says.

In the Yuzhnobuzh and Tavrichesky directions, the enemy is regrouping units, building up firepower and air defense systems, and improving the engineering equipment of positions.

“Almost along the entire line of confrontation, the enemy continues to use all available artillery and aviation to shell the positions of our troops, destroy civilian and military infrastructure. In the city of Mariupol, despite the declared silence regime, he resumed shelling and assault operations at the Azovstal plant,” the General Staff reports. .

In the temporarily occupied territories of Ukraine, the enemy continues to carry out measures of the administrative-police regime, imitation of Victory Day.

“Enemy losses exceed manning rates, which has a significant impact on the general moral and psychological state and becomes a prerequisite for the refusal of personnel to further participate in hostilities against Ukraine,” the General Staff said.