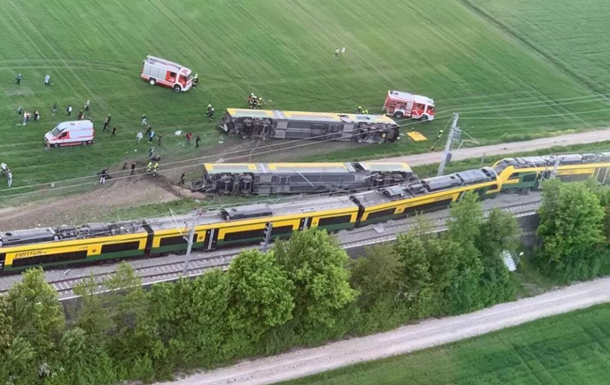 Currently, emergency services, as well as volunteers, are working at the crash site of the passenger train.

In the north-east of Austria, near the commune of Munichdorf, a passenger train derailed, killing two people, and 15 others were injured. On Monday, May 9, the newspaper reports Crown newspaper.

All victims were hospitalized. Four helicopters were sent to evacuate the wounded to the emergency site. Passengers who were not injured were taken to the Disaster Relief Center.

According to the publication, the accident occurred around 18.00 local time (19.00 Kyiv time). As a result of the derailment of the train, several carriages overturned.

The reasons for the incident are not known.

Rescuers and Red Cross staff are working at the scene of the accident.

Train traffic on the route between Achau and Münchendorf has been suspended.

Recall that in the temporarily occupied Yasinovataya Donetsk region, the railway infrastructure was destroyed.

The city of Irpen is again connected by rail with Kyiv.

Zelensky assessed the shelling of Odessa