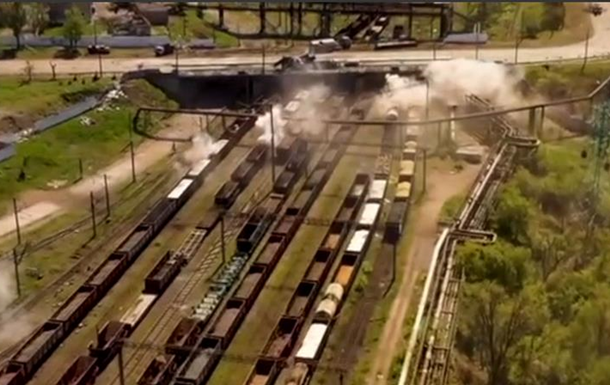 The Russians focused on undermining the bridge, which was evacuated from Mariupol

While some occupiers are organizing “holiday” processions around the city, others continue to storm Azovstal

The assault on Azovstal continues: on Monday, May 9, the Russians focused on blowing up the bridge, along which the evacuation from Mariupol was taking place. This was announced by the adviser to the mayor of Mariupol Petr Andryushchenko.

“While some invaders are walking with a sheet along the avenues of Mariupol, others continue to storm Azovstal. Today, the Russians focused on blowing up the bridge along which the evacuation was taking place, trying to cut off our defenders as much as possible from the possibility of exit. Hell continues. I sincerely hope that our heroes will be saved. We everyone is indebted to them,” writes Andryushchenko.

Earlier it was reported that in the city, which is practically in ruins, they held a semblance of a festive procession and lit an eternal flame brought from Moscow.

After profit of R$ 44 billion, Petrobras announces a 9% readjustment in diesel