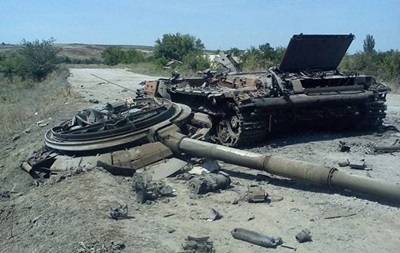 The Ukrainian Defense Forces in the Kharkiv region liberated the settlements of Cherkasy Tishki, Russian Tishki, Rubizhne and Bayrak, the General Staff of the Armed Forces of Ukraine reports.

The Ukrainian Defense Forces in the Kharkiv region liberated the settlements of Cherkasy Tishki, Russian Tishki, Rubizhne and Bayrak. This was reported in the evening summary of the General Staff of the Armed Forces of Ukraine on Tuesday, May 10.

The enemy is increasing the pace of the strategic offensive operation in the Eastern Operational Zone.

In the Volyn and Polesye directions, the enemy did not take active actions, but there was a movement of military equipment in the border areas of the Brest and Gomel regions of the Republic of Belarus.

In the Seversky direction, the enemy fired mortars at the border areas near the settlements of Karpovichi and Senkovka in the Chernihiv region.

In the Slobozhansky direction, the enemy did not carry out active offensive operations, but continues to regroup units, carry out engineering and fortification equipment for advanced positions, and strengthen the air defense system.

To prevent the advance of units of the Defense Forces of Ukraine and to strengthen their troops, the enemy additionally moved up to five hundred people mobilized from the temporarily occupied territory of Donetsk and Luhansk regions to the territory of the Kharkiv region.

In the Izyum direction, the enemy is preparing for an offensive: replenishing stocks of ammunition and material and technical means, carrying out engineering equipment for advanced positions and strengthening aerial reconnaissance.

In the Severodonetsk direction, unsuccessful attempts to establish control over Rubizhne continue. The enemy is making unsuccessful assault actions in the areas of the settlements of Nizhne, Toshkovka, Orekhovo, Luhansk region.

In the Donetsk direction, the Russian troops made an unsuccessful attempt to assault actions in the directions of the city of Maryinka, the settlements of Kamenka, Yasinovatsky district and Novomikhailovka, Pokrovsky district.

In Mariupol, the enemy continues to concentrate his main efforts on blocking and destroying our units in the area of ​​the Azovstal plant.

There are no significant changes in the situation on the Zaporozhye and Yuzhnobuzhsky directions.

An increased level of terrorist threat continues to operate on the territory of the Transnistrian region of Moldova, but mobilization activities are not carried out in the region.

The enemy continues to suffer losses on the territory of Ukraine. According to available information, units of the 138th separate mechanized brigade of the 6th combined-arms army of the western military district, due to significant losses in the Kharkiv region, were withdrawn from the territory of Ukraine to the area of ​​the city of Belgorod in the Russian Federation for recovery. A significant part of the personnel of the military service under the remaining contract wrote reports for dismissal.

The Ukrainian Defense Forces in the Kharkiv region liberated the settlements of Cherkasy Tishki, Russian Tishki, Rubizhne and Bayrak.

Recall, US intelligence believes that Moscow intends to increase the land bridge from the Donbass to the Crimea and further west to connect it with Transnistria.

In defense of the worker: meet unionists who are pre-candidates in Pernambuco