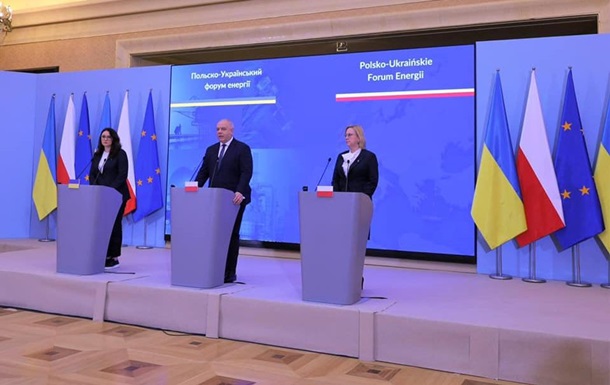 It was possible to find practical solutions to the problem that arose in the fuel market of Ukraine, Yulia Sviridenko assured.

Ukraine in the near future intends to significantly increase the transit of fuel through the territory of Poland – from the United States, the Netherlands and other countries. About it the night before informedand First Vice Prime Minister – Minister of Economy Yulia Sviridenko following the results of the Polish-Ukrainian Energy Forum in Warsaw.

According to her, Poland can provide more than 200,000 tons of products to Ukraine every month. But over the past month, the amount of fuel received was barely 60,000 tons.

During the forum, it was possible to gather representatives of Polish and Ukrainian businesses, as well as logistics companies and companies that manage fuel infrastructure. Thanks to this, it was possible to find practical solutions to the problem that arose in the fuel market of Ukraine.

Thus, Ukraine will be able to attract oil products from the United States, the Amsterdam-Rotterdam-Antwerp (ARA) region, German, Scandinavian and Baltic refineries. Fuel will be delivered by combined modes of transport through Poland.

Sviridenko stressed that Ukraine has received an understanding of how to get additional volumes from Polish traders. The parties outlined the technical possibilities for increasing the transshipment of the required volumes, and the Polish PERN SA has already confirmed its readiness to provide additional capacity.

To increase shipments, the work schedules of Ukrzaliznytsia and the Polish PKP were synchronized, now they can instantly solve problematic issues online.

“So, we expect that in the near future fuel resources will be delivered faster, and queues will disappear at Ukrainian gas stations,” the Deputy Prime Minister concluded.

Earlier it became known that Ukraine and Poland have simplified travel for fuel carriers. To enter Polish territory without permission, one day before crossing the border, fill out a form on the website of the Ministry of Infrastructure.

Recall that in recent weeks in Ukraine there has been a shortage of fuel. There are long queues at gas stations, prices are rising. Perild.com wrote in detail about the causes of the fuel crisis in the country.

Ukraine is changing its vision of victory - Kuleba

I thought about going to war - Shevchenko