German authorities arrested the yacht of another associate of Putin – media 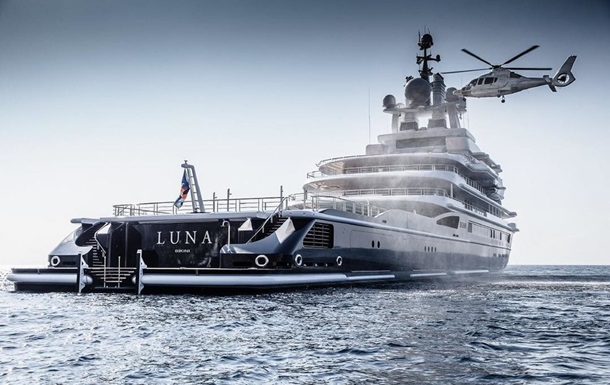 The cost of the vessel, which previously belonged to Roman Abramovich, is estimated at 400 million euros.

In the port of the German city of Hamburg, the Luna yacht, which allegedly belongs to the Russian billionaire Farkhad Akhmedov, was detained. About it informs Southgerman newspaper.

As indicated, the Federal Office of the German Criminal Police (BKA) checked whether the oligarch is really behind the Liechtenstein Trust, which is formally indicated by the owner of the vessel. After the end of the proceedings, the yacht fell under the law on sanctions.

It is noted that the cost of the vessel, which previously belonged to another Russian billionaire Roman Abramovich, is estimated at 400 million euros. Now she is forbidden to leave the port until further notice.

As you know, Farhad Akhmedov is from Azerbaijan. He is a former member of the Federation Council of the Russian Federation, is an associate of Russian President Vladimir Putin, and in early April was included in the EU sanctions list.

Earlier in Fiji, the Amadea superyacht, which belongs to Russian billionaire Suleiman Kerimov, was arrested. The corresponding decision was made by the Supreme Court of the country.