In Piauí, institute born during drought promotes agroecological actions and access to art

The period of drought that hit Piauí between 2010 and 2015 marked the history of the region and left families with the uncertainty of better days at that time. But it was in this same period that a seed of solidarity blossomed with the donation of inputs and water to affected families in the municipality of Betânia, in the interior of Piauí, still in 2012.

This chain of solidarity turned into the Instituto Novo Sertão, founded in 2015, which has 200 volunteers and to this day develops education, family farming, art and income generation projects that reach 800 people. The project not only believes in the sertão as a fertile ground for initiatives like this, but also brings opportunities to the sertanejos.

“The focus of the institute in its activities is this idea of ​​a sertão that can be transformed based on what it has that is good and that the people here are not miserable, they are not people who do not know how to do anything or, as some people sometimes say, lazy. It’s quite the opposite”, says the institute’s founder, José Carlos, who is known as Zé da Água.

He highlights that the condition that the region went through was not only due to the lack of water, but of opportunities: “They are very hardworking people, full of talents, but many times investments do not arrive, long-term projects do not arrive in order to flourish. That’s what the Institute wants to be, this investor, this organization that sees potential in the hinterland and works to make it seen and become a reality”.

One of the projects developed by the institute is the School of Family Agriculture, which has already trained around 30 families in cultivating the land and generating income. In 2021 alone, producing families harvested more than 2,000 vegetables and had an extra income of 20,000 reais. “The proposal is, in addition to working with agroecology and a circular economy, for people to have more resources, to be able to generate income from their own land”, highlights José Carlos. 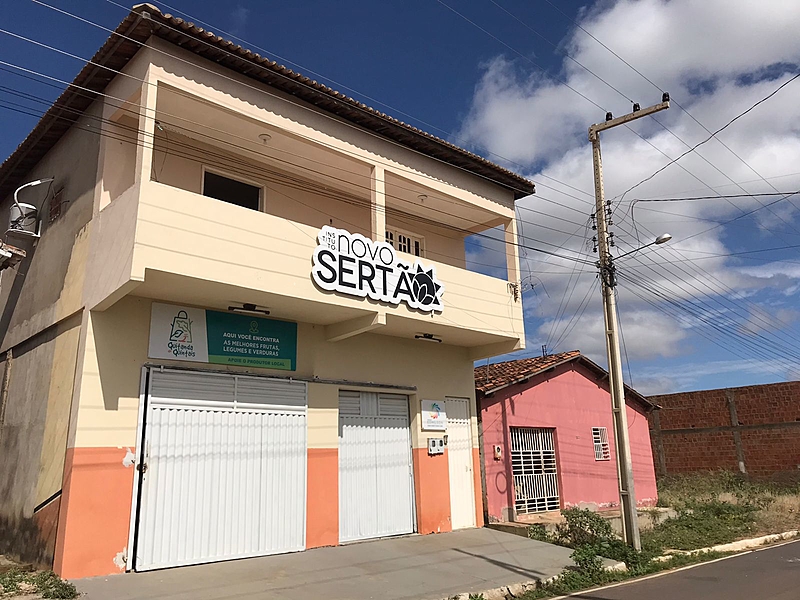 Another initiative of the project is the choir and the Novo Sertão Symphonic Band, which has the participation of more than 30 children and adolescents from the region and teaches much more than music.

“We see how much musical study can transform someone’s life, the individual’s life, because she doesn’t just work with music, when she learns an instrument she’s working all the cognitive part, the emotional part, she’s working with practically all areas and all the senses of the body”, highlights music teacher Maycon Mesquita, who works as a volunteer at the institute.

Leia: Serra da Capivara harbors millenary traces of the history of the settlement of the Americas

In 2021, the institute was considered one of the 100 best non-governmental organizations in the country for its work for the community by the Best NGOs Award, which is carried out by the organization ‘The World We Want’, Instituto Doar and Ambev VOA.

Despite the recognition of its work through awards, the institution maintains its activities through donations. To get in touch and make your donation to the project, just access the site.

Ukrainian artists met with the Queen of Sweden

On the eve of the day of unfinished abolition, the Black Coalition asks the STF to recognize black genocide