Russia does not stop offensive in Donbas – General Staff 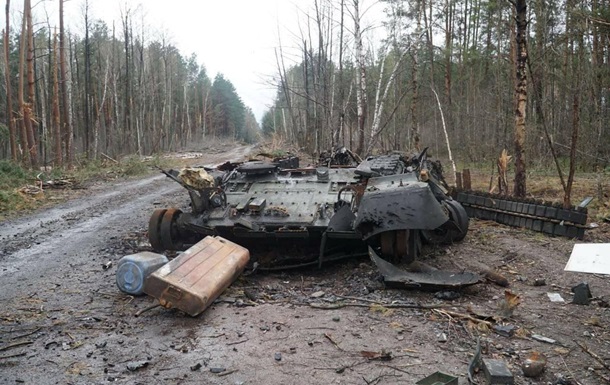 The current goal of the enemy remains the establishment of complete control over Rubizhne, as well as the capture of Liman and Severodonetsk.

Russian troops do not stop the offensive in the Eastern Operational Zone in order to establish full control over the Donetsk, Lugansk, Kherson regions and hold the land corridor with the annexed Crimea. About it informed The General Staff of the Armed Forces of Ukraine in the morning report on May 12.

In the Volyn, Polessky and Seversk directions, the threat of missile and bomb attacks from the territory of Belarus remains.

At the checkpoints and in the border areas of the Bryansk and Kursk regions there are reinforced detachments of the FSB border service and units of the armed forces of the Russian Federation.

In the Slobozhansky direction, the enemy is regrouping troops in order to hold back the further advance of Ukrainian troops in the direction of the state border, and is firing from artillery.

In the Slavyansk direction, to resume the offensive on Barvenkovo ​​and Slavyansk, the enemy moved a battalion tactical group, as well as about 300 pieces of weapons and military equipment.

In the Donetsk direction, units of the Russian army are trying to advance in order to establish full control over Rubizhne, as well as to capture Liman and Severodonetsk.

In the Liman direction, the enemy crossed the Seversky Donets River and is advancing towards Zelenaya Dolina and Novoselovka.

“In order to overcome the water obstacle, the aggressor from the territory of the Russian Federation in the direction of Kremennaya transferred the equipment of the pontoon-bridge park,” the General Staff noted.

In Mariupol, the main efforts of the enemy are concentrated on blocking and trying to destroy units of the Armed Forces of Ukraine in the area of ​​the plant Azovstal, airstrikes don’t stop.

In the Zaporizhia direction, the enemy fired at the positions of Ukrainian troops from high-powered cannon artillery and multiple launch rocket systems.

Shelling and aerial reconnaissance continue in the Nikolaev and Krivoy Rog directions. In the area of ​​New Kakhovka, Russian troops are preparing the construction of pontoon-bridge crossings.

In the Bessarabian direction, the situation has not undergone significant changes.

Over the past 24 hours, nine enemy attacks were repulsed on the territory of Donetsk and Luhansk regions, eight tanks, six units of armored vehicles, five vehicles and one enemy anti-aircraft installation were destroyed.

Cleaners Vs. Disinfectants: What You Need to Know