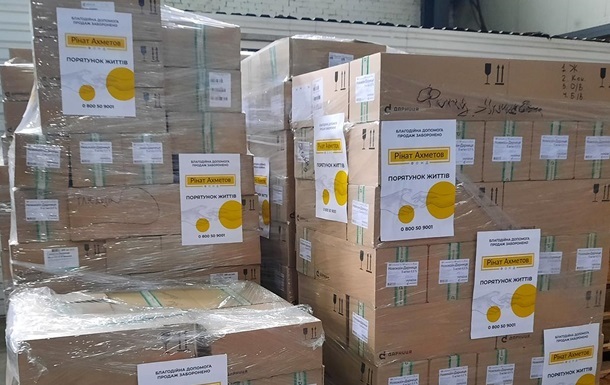 Residents of the besieged Mariupol evacuated to Zaporozhye are being provided with both humanitarian and psychological assistance.

The Rinat Akhmetov Foundation is increasing assistance to Mariupol residents evacuated to Zaporozhye: they are provided with both humanitarian and psychological support, the foundation’s press service reports.

“Every week, you can receive kits from the Rinat Akhmetov Foundation from Monday to Friday from 10.00 to 15.00 at the address: Zaporozhye, Gagarin St., 5. From 10:00 to 12:00 volunteers register, and the next day people can already pick up your grocery set. You must have a passport with you,” the press service said in a statement.

To date, more than 18,000 IDPs from besieged Mariupol have received food packages from the Akhmetov Foundation.

In addition, the Center has points of emergency psychological assistance.

“Trauma coping specialists help people move away from the shock of war and adapt to new living conditions as soon as possible,” the message says.

Recall, on the eve of three districts of Kyiv received new cargoes of humanitarian aid from the Akhmetov Foundation.

Eurovision 2022 final: where and when to watch online