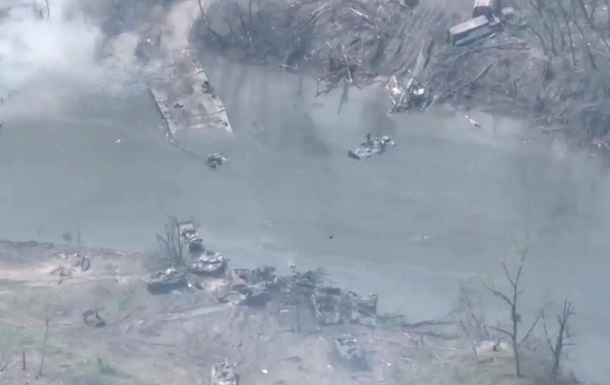 The defeat of Russian troops at the crossing

More than 2,000 pieces of enemy heavy equipment are already moving towards Ukrainian positions from the previously occupied territories.

The Russian army plans to once again deploy its troops across the Seversky Donets River near the village of Belogorovka, Lugansk region, where they were repeatedly destroyed by the Armed Forces of Ukraine. About this on Saturday, May 14, informed head of the region Sergei Gaidai.

“Idiots,” the governor commented and noted that, nevertheless, a whole battalion of Russian soldiers refused to attack in this direction.

“But the “fresh” one will soon come up. 2.5 thousand units of heavy equipment are already moving in our direction from the previously occupied territories. We are waiting for the next “underwater” series in Belogorovka,” he added.

Recall that the Ukrainian military several times thwarted the passage of the enemy across the Seversky Donets River in Belogorivka. Over the past three days, the invaders have lost about 250 pieces of equipment and up to 1,500 soldiers and officers near Belogorovka.

Arestovich spoke about the deterioration of Putin's health