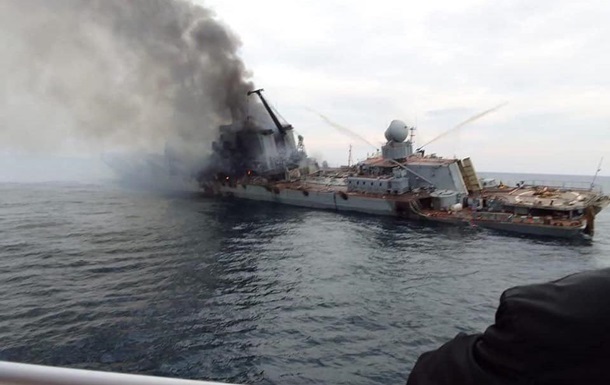 On the recording, you can hear how the ship confirms two hits, the roll of the ship and the need to save the crew.

The operational command of the South of the Ground Forces of the Armed Forces of Ukraine has released an audio recording of a request for help from the sinking Russian cruiser Moskva.

On the recording, you can hear how the Russian occupier tells the tugs about two hits, the list of the ship and the need to save the crew.

“Moskva” 1st, two holes, the screw has become, buried, a roll of 30 degrees, will lie on its side, I confirm – the hole is below the waterline, the bridge is cut off – it is silent, we are passively rescuing the crew, “the radio operator shouts.

Recall that on April 13, Ukraine attacked the enemy cruiser Moskva. The Russian Defense Ministry claimed that the cruiser Moskva did not sink as a result of the “detonation of ammunition” and the fire and “retains buoyancy.” However, later the department admitted that the flagship of the Russian fleet had sunk.

Sweden is ready to decide today to join NATO