Results of 14.05: Victory of Ukraine and ban of parties 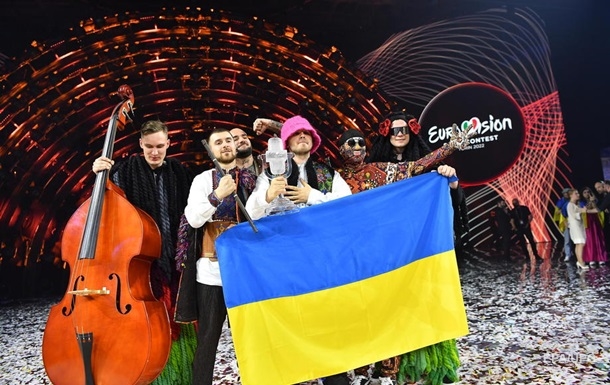 Kalush Orchestra is the winner of Eurovision-2022

Ukraine became the winner of the international song contest Eurovision-2022. According to the voting results of the jury and the audience, the Kalush Orchestra with the song Stefania scored 631 points. The judges of Poland, Lithuania, Latvia, Romania and Moldova, as well as spectators from 28 countries, gave the highest marks to the Ukrainians.

President Volodymyr Zelenskyy congratulated the artists and all Ukrainians on their victory and expressed hope that soon Ukraine would also defeat the Russian invaders.


Zelensky legalized the ban on pro-Russian parties in Ukraine

The head of the Ukrainian state, Volodymyr Zelensky, has signed a law banning pro-Russian parties in the country. The document on amending some legislative acts of Ukraine on the ban on political parties was sent to Zelensky for signature on May 6, eight days later it was returned to parliament with the signature of the president. The law will go into effect May 15.


APU won the battle for Kharkiv

The Russian forces decided to withdraw completely from their positions around Kharkov due to Ukrainian counter-offensives and limited opportunities for reinforcements. According to experts, Ukraine won the battle for Kharkov – Ukrainian troops did not give Russian troops the opportunity to surround the city, not to mention its capture.

In addition, the defenders launched a counteroffensive in the Izyum direction.

Foreign ministers of the G7 countries said they would continue to provide military assistance to Ukraine, and also promised to increase economic pressure on Russia. In addition, the diplomats pledged to continue working to reduce the global food shortage caused by the war in Ukraine.

Ukrainian President Volodymyr Zelenskyy met with a US Senate delegation led by Republican leader in the upper house of Congress Mitchell McConnell. According to the head of state, such a visit is a powerful signal of bipartisan support for Ukraine by the US Congress.

The mayor’s office of Mariupol reported that after three days of waiting, the Russian military let a convoy with residents of the city pass in Zaporozhye. According to the authorities, we are talking about a huge convoy, in which there were from 500 to 1000 cars.


The number of Russian soldiers killed in Ukraine exceeded 27 thousand

Since the beginning of the full-scale invasion of Ukraine, Russia has already lost 27,200 of its military. In addition, Ukrainian fighters destroyed over 3,000 pieces of enemy military equipment.

Finnish President Sauli Niiniste called Russian President Vladimir Putin to announce that his country is joining NATO in order to strengthen its own security. The Russian leader replied that such a move by Helsinki would have a negative impact on Finnish-Russian relations.

At the same time, the Office of the President of Ukraine stated on this occasion that as a result of Finland’s entry into the Alliance, “NATO’s borders will reach the suburbs of St. Petersburg.”

An air defense system has worked over Lviv - the deputy