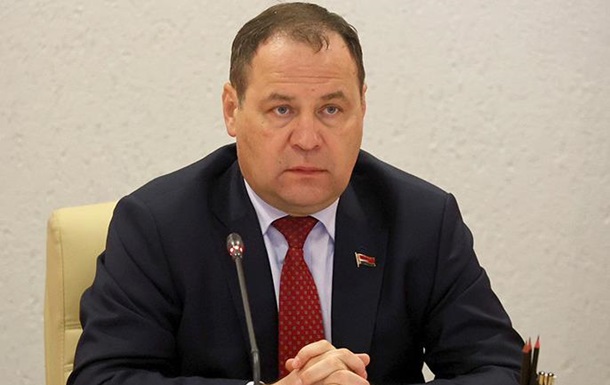 Prime Minister of Belarus Roman Golovchenko called the scale of the sanctions that “strangle the economy of the republic.”

Due to the sanctions imposed in 2022, almost all of Belarus’ exports to the countries of the European Union and North America were blocked. Annual losses amount to 16-18 billion dollars. This was stated by Prime Minister Roman Golovchenko, reports Belta.

“Probably, this is the last stage that precedes the classic armed aggression. The goal of the current sanctions, in contrast to their classical understanding, is to bring the country to its knees, strangle it economically and achieve by force the fulfillment of some requirements or conditions. This is what we are now We are watching,” said Roman Golovenko.

According to him, due to sanctions, almost all of the country’s exports to the countries of the European Union and North America were blocked.

“Naturally, we cannot lose this volume of exports and must reorient it to other markets, including Asian, African, Middle East and the Arabian Gulf. This is what we are working on now,” the Prime Minister said.

Lukashenka promised “not to start a war” in the West