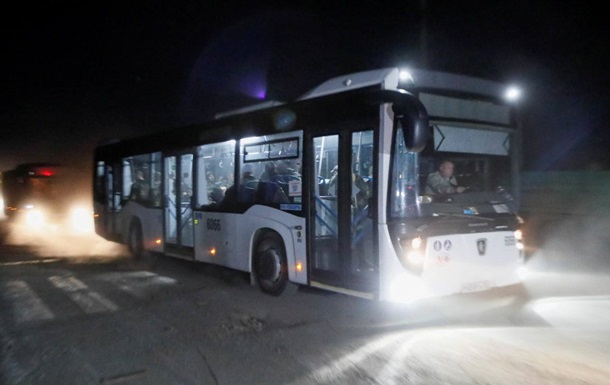 About ten vehicles left the territory of the enterprise. How many Ukrainian soldiers were in them is not indicated.

On Monday, May 16, about a dozen buses with the Ukrainian military left the territory of the Azovstal plant. About it informs Reuters agency and publishes the corresponding photos.

It is noted that the correspondent of the publication was unable to determine how many people were in the buses.

Meanwhile, Russian propaganda media say that about 300 fighters were taken out of the enterprise, 51 of them were wounded. According to the Russians, the wounded soldiers are being taken to the hospital in occupied Novoazovsk, where they were promised medical assistance, while the rest were taken away towards Yelenovka, which is not controlled by Kyiv.

During the telethon, Aleksey Arestovich, adviser to the head of the President’s Office, said that he could not yet comment on the situation with Azovstal. According to him, President Volodymyr Zelensky will make a statement about what is happening today.

Earlier, the Russian Defense Ministry announced that they were taking Ukrainian soldiers out of Azovstal. The department claimed that a regime of silence was introduced and a humanitarian corridor was opened.

The end of illusions about the Russian Federation. What does NATO expansion mean?