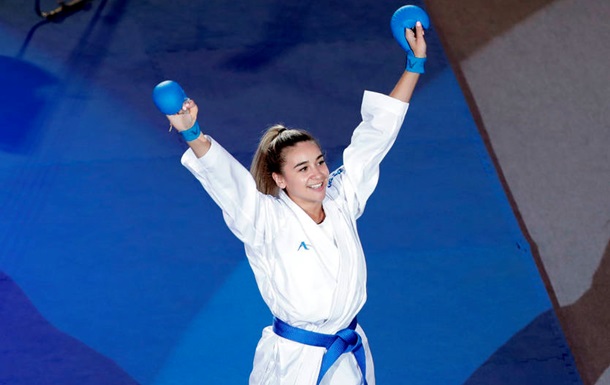 Terlyuga won gold at the Premier League stage in Morocco

In the final match, the Ukrainian athlete left no chance for the representative of Egypt.

Anzhelika Terlyuga triumphantly performed at the Premier League stage in Moroccan Rabat. Ukrainian karateka, performing in the category up to 55 kg, won first place in the competition.

In the final bout, Terlyuga didn’t leave a chance to the representative of Egypt, Ahlyam Youssef, beating the African with a score of 5:2.

It should be noted that Terlyuga became the only representative of our country at these competitions. For the Ukrainian, this is the second gold in a row at the stages of the Premier League and the third medal in the current season.


Meet the first heroes of #Karate1Rabat !