Russia is trying to attack in the Donetsk direction 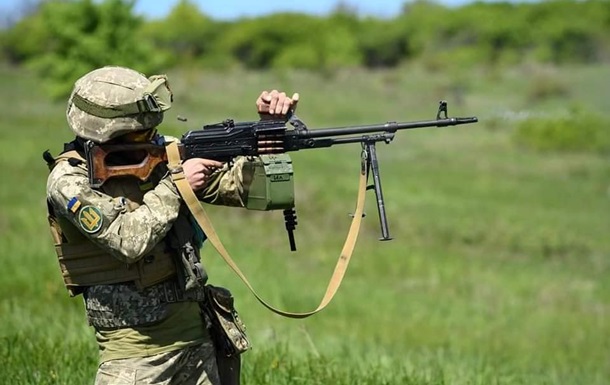 In the Donetsk direction, Russian troops are trying to conduct offensive operations along the entire line of contact, shelling settlements with artillery, according to the General Staff.

The General Staff of the Armed Forces of Ukraine published an evening summary as of 6 p.m. Tuesday, May 17.

In the Donetsk direction, Russian troops are trying to conduct offensive operations along the entire line of contact, shelling settlements with artillery. In the areas of Bakhmut, Klinovoye, Soledar and Volcheyarovka, the enemy launched missile and bomb strikes from Su-35 aircraft.

In the Severodonetsk direction, the invaders are trying to conduct an offensive in the direction of the settlements of Borovenki and Severodonetsk.

In the Bakhmut direction, the enemy unsuccessfully tried to break through the defense of the Ukrainian troops.

In the Avdeevka direction, the enemy unsuccessfully tried to take control of the Novobakhmutovka-Novoselovka Vtoraya section of the road.

In the Kurakhovsky direction, the enemy is attacking the village of Novomikhailovka, the fighting continues.

The troops of the Russian Federation also tried unsuccessfully to advance in the direction of the settlement of Maryinka.

In Mariupol, the enemy continued to focus its main efforts on blocking Ukrainian units in the area of ​​the Azovstal plant.

There are no significant changes in the Volyn, Polessky and Seversk directions, but the threat of missile and bomb attacks from the territory of Belarus against infrastructure facilities in Ukraine remains.

In the Kharkiv direction, enemy units are focusing their main efforts on holding their positions and preventing the advance of Ukrainian troops to the state border of Ukraine.

In the Slavyansk direction, the invaders are regrouping and resupplying troops in order to prepare for an offensive in the direction of Slavyansk.

On the Novopavlovsk, Zaporizhzhya and Yuzhnobuzhsky directions, the enemy did not conduct active hostilities.

In the temporarily occupied territory of Crimea, measures are being taken to restore the combat capability of Russian units that have suffered significant losses. According to available information, it is planned to conduct combat coordination of units of the 126th separate coastal defense brigade and the 810th separate marine infantry brigade at certain training grounds of the peninsula.

Recall that the Russian troops fired “hail” on a bus with people evacuated from Severodonetsk and Lysichansk.

On the eve of one of the coldest days of the year, 100 families with 79 children take to the streets in SP