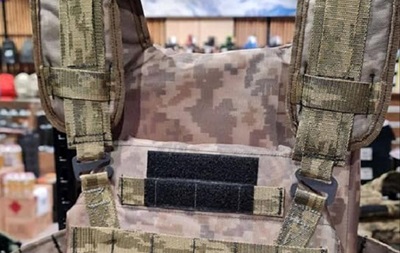 Bulletproof vests, which were handed over to volunteers, were in the store

It became known that the products that the Lviv Defense Cluster sends to the defenders for free are sold in one of the retail chains.

The Lviv Regional Military Administration, together with the Defense Cluster, handed over hundreds of fourth-class body armor to our soldiers, border guards and police to the front line. But then some of them were found in a hypermarket in the area. This was announced by the head of the Lviv Regional Military Administration Maxim Kozitsky in Telegram.

Cluster manufactures bulletproof vests with a conscience and, thanks to donations from those who care, gives them free to those who are on the front lines. But today, May 17, it became known that the products that are sent to the military for free are sold in one of the retail chains.

“This information shocked me. While some people spend time, money, efforts to help our defenders, others decided to earn extra money. Under martial law, such actions of “suppliers” should be severely suppressed,” Kozitsky wrote.

According to him, law enforcement and regulatory authorities should quickly find out all the circumstances involved and give a proper legal assessment of this situation.

“How did the products that LOK transfers to the Ukrainian army and services for free end up on store shelves? We decided to look for an answer with the help of the Security Service of Ukraine. We provided the competent authorities with the data of all counterparties, reconciled shipments, camera records and records of vehicles and responsible persons who arrived to receive our products, wrote LOK on his Facebook page.

As a reminder, representatives of the Ukrainian media received a new batch of protective ammunition from Metinvest Group earlier. 10 sets of ammunition went to the editorial offices of 1+1, ICTV, Espresso TV, Obozrevatel and Obozrevatel TV channels.

Over 40 settlements shelled in Donbas

Article | A Young Cold War – Reflections on the 17th of May