Sweden and Finland announced their intention to break with their status of neutrality and formalized the request to join the North Atlantic Treaty Organization (NATO) this Wednesday (18). The initiative to join the Military Alliance bloc takes place in the context of Russia’s war with Ukraine, which began on February 24 this year.

The ceremony for the delivery of the official application to join the alliance took place this Wednesday in Brussels, where NATO Secretary General Jens Stoltenberg received the ambassadors of Finland and Sweden.

NATO’s expansion close to the Russian border has always been cited by the Kremlin as one of the reasons for the conflict with Ukraine. Before the beginning of the military operation in the neighboring country, Moscow established the non-expansion of the military alliance to Eastern Europe as a requirement for its security guarantees to Western powers.

At the time, no agreement on this issue was reached. Now that Ukraine’s war is nearly three months old – and with no prospects for a resolution on the horizon – the possible accession of Sweden and Finland to the military bloc raises the alarm for an escalation of the conflict.

Professor at the Moscow State Institute of International Relations, Kirill Koktysh, in an interview with Brazil de facto, noted that possible accessions to the North Atlantic Alliance do not pose immediate risks to security in Europe. Sweden, for example, has long carried out actions in close proximity to NATO and “takes part in joint exercises with NATO”. Thus, according to him, “there are no drastic changes in relation to Sweden, what happens is a legal formalization of its position”.

:: War in Ukraine: Russia between possible definitions and new fronts ::

“With Finland the situation is different. Finland was expected to keep the status of neutrality, and it is clear that this will require at least some corresponding actions to reinforce the border (by Russia)”, ponders the analyst.

For Kirill Koktysh, a likely consequence of materializing is the military reinforcement of the enclave of Kaliningrad, a province under Russian sovereignty disconnected from the country’s territory, an enclave post between Poland and Lithuania. In this way, for the professor of International Relations, this region of the Baltic Sea, positioned south of the line between Sweden and Finland, would “no longer be a non-nuclear region”.

Finland shares a border of more than 1,340 km with Russia. If the application to join NATO is accepted, Finland will be the Alliance member country with the largest border region with Russia.

Russian President Vladimir Putin, meanwhile, said on Monday that the Nordic countries’ decision to join NATO alone does not pose a direct threat to Moscow, but stressed that Russia will respond if there is a deployment. of the Alliance’s military infrastructure in the territories.

“Russia has no problems with these states. [Finlândia e Suécia]. An expansion into these countries does not pose a direct threat to us, to Russia. But expanding military infrastructure into these territories will certainly provoke our response,” she said. 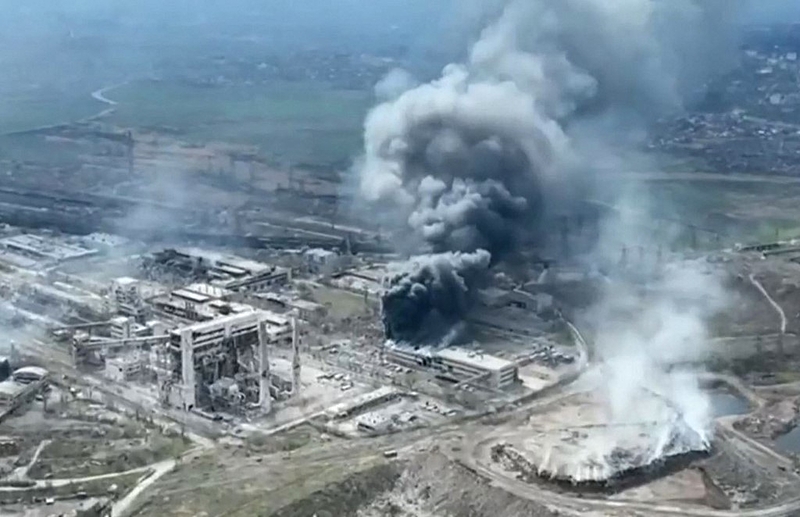 According to Teivo Teivainen, professor of International Politics at the University of Helsinki in Finland, Putin’s statement came as a surprise. According to him, Russia demonstrates an ambiguous character in its pronouncements, alternating a threatening tone with signs of good relations with Finland and Sweden.

“Russia sends mixed messages. It seems that the Russian media, columnists, characters close to the government, make a tougher speech that can be seen as a threat, but now, from Putin, the speech is softer, at least it seemed that way”, he says.

“In Finland, there is a national debate, as in Sweden, whether their entry into NATO should be conditional on the non-installation of permanent bases or Alliance nuclear weapons in the territories of these new NATO countries. Norway has a similar rule. In Finland, the government’s consensus seems to be not to negotiate this type of issue now, but to try to join the Organization without putting too many conditions and then evaluate it”, explains Teivo Teivainen.

Since the late 1940s, Finland has maintained a status of neutrality, agreeing not to join military blocs in exchange for non-Soviet intervention during the Cold War period. After the collapse of the Soviet Union, the good neighbor policy continued, even with Finland joining the European Union in 1995.

Periods of tension, such as the war between Russia and Georgia in 2008 and the annexation of Crimea by Moscow in 2014, raised rumors that Finland could choose to align itself with NATO, but they ended up not changing the neutrality of the Nordic country. . The start of the current Russian military operation, announced on February 24, 2022, however, changed this paradigm.

According to University of Helsinki professor Teivo Teivainen, the outbreak of Russia’s war with Ukraine on February 24 has drastically changed public opinion in Finland and Sweden about the risk of possible Russian aggression.

“Until February 24, the vast majority, or a significant majority, of the Finnish population was against the country joining NATO. Now, a large majority of 75% is in favor, and about 10% against. So it was a sudden change”, he observes.

:: After visit to Ukraine, US Defense Secretary says: “We want to see Russia weakened” ::

The researcher adds that, especially among those who have changed positions and in the left-wing groups in Finland, there is a common feeling of being quite critical of NATO and US foreign policy as the bloc’s leadership. However, the Russian onslaught in Ukraine would have generated a perception that “Putin leaves us no choice, so let’s support joining NATO”.

“This argument is heard a lot, especially among people on the left who were previously massively critical of joining NATO,” adds Teivainen.

Now, the candidatures of Finland and Sweden to join NATO will be analyzed by the Council of the Organization. After the evaluation, the accession agreement of Sweden and Finland must be ratified by all 30 member countries. Turkey has already expressed restrictions and presents itself as an obstacle, saying it cannot say “yes” to the Nordic countries joining the Alliance.

In the afternoon of this Wednesday, inclusive, there was a meeting at the White House between Anthony Blinken, US Secretary of State, and Mevlüt Çavuşoğlu, Turkish Chancellor. The representative of Turkey reinforced security concerns with the possible entry of the two countries into the Alliance, but admitted that he is open to talks with all parties for a possible referral.

Deforestation in the Amazon rises almost 50% in September, compared to the same month in 2021

Datafolha for the SP government: Tarcísio has 50%, Haddad has 40%

TCU approves, and Eletrobras should be privatized this year