Former president of CUT is assaulted, at age 72, by a fellow bolsonarista in Pernambuco

On Tuesday afternoon (17) a fight between neighbors ended up with one of them hospitalized. Retired professor Paulo Valença complained about a neighbor who had authorized pest control in common areas of the condominium, threatening to contaminate the collective artesian well. In response, Valença would have been called a “PT thief” by the neighbor, who tried to hit a potted plant on his head. The retired professor fell, hit his head and passed out, but the neighbor followed the attack with his feet.

The worker hired to carry out the extermination service was the one who interrupted the session of violence. “He avoided a greater evil”, says Paulo Valença, who even saw the aggressor holding a stone to attack him, which was prevented by the worker. “I was already down, passed out and bleeding. Even so, he kicked me twice, according to information from neighbors. I thank God very much that the worst did not happen”, completes Valença.

The case took place in the neighborhood of Maria Farinha, city of Paulista, metropolitan region of Recife, between 12 pm and 1 pm this Tuesday (17). Valença spent the afternoon in hospital and is still recovering, at the home of a son. Also this Wednesday (18) must undergo an examination at the Legal Medical Institute (IML) to, this Thursday (19), make a report at the Maria Farinha Police Station.

Paulo Valença says that he was helped by neighbors and well cared for by both the Samu team and the emergency workers at Sassepe, a hospital that serves state employees. “I appreciate the expressions of solidarity and I ratify the importance of SUS, Samu, Sassepe and the competence and humanism of all the professionals who attended me”, says he, who needed to suture a cut in his head, where he took three stitches; in addition to performing tomography of the head and X-rays of the chest, cervical and lumbar spine. 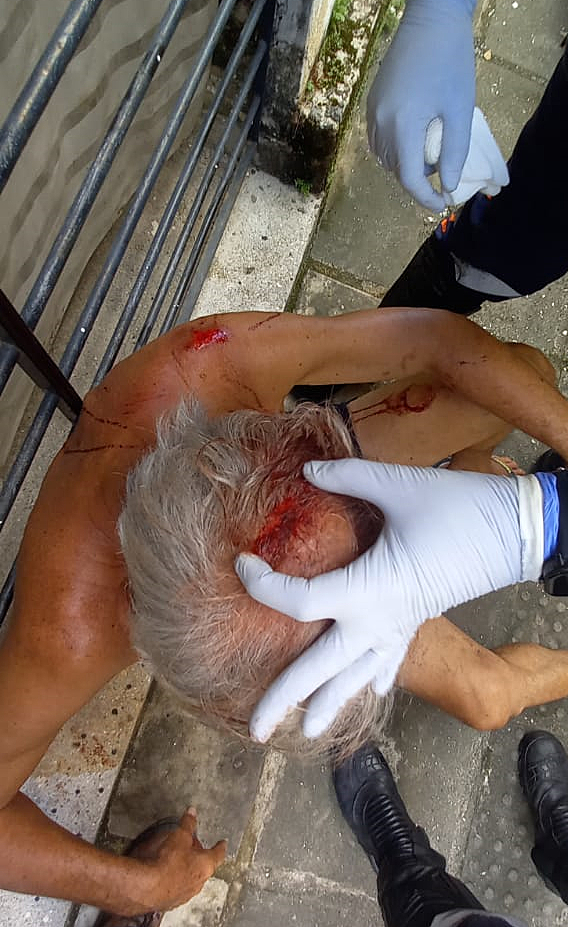 In the fall, former president of CUT hit his head and had to take 3 stitches / Personal archive

Valença is a member of the PT and was president of the Education Workers Union (Sintepe), state president of the Central Única dos Trabalhadores (CUT Pernambuco) and was vice mayor of Olinda from 2001 to 2008, under Luciana Santos (PCdoB), in addition to Municipal Secretary of Education.

Valença says that the neighbor hired a pest control service for common areas of the building without agreeing with the other residents. “He started to put poison in the garden and in the place where our artesian well is, where we store water from Compesa, risking contaminating everyone. I went to approach him”, recalls Paulo.

But the neighbor did not take the complaint well. “I said that he should have warned him beforehand, arranged with neighbors. But he said ‘get out of here you corrupt PT thief Luladrão’ and threw a potted plant at me”, says the professor in conversation with the Brazil de facto. According to his account, he pushed his neighbor to avoid another attack.

The neighbor would have picked up a shard of tile on the floor and set out to attack again. Paulo Valença claims to have retreated, but slipped on the wet floor and fell, hit his head and passed out. He still took two kicks in the ribs and had his attack interrupted by the fumigation worker. Minutes later he would have been rescued by Samu and the Military Police. 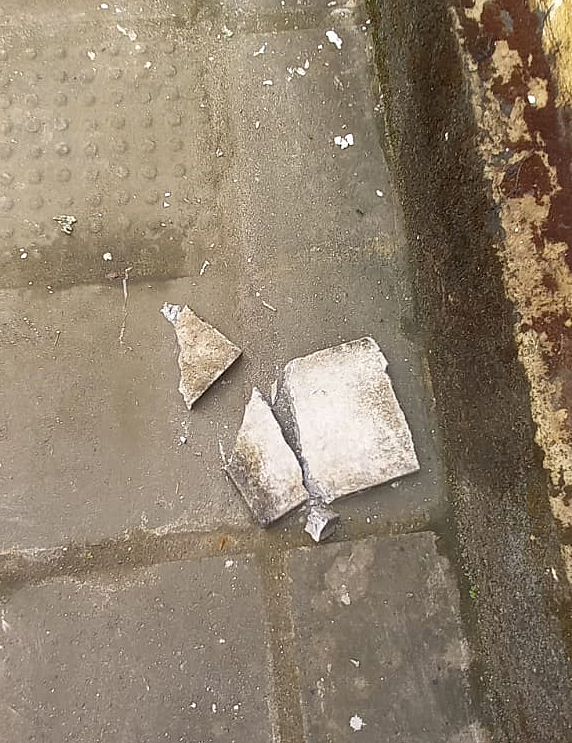 Old friendship with the abuser

Paulo Valença says that the aggressor is a “Bolsonarist neighbor who hates PT” and that both have known each other for decades, being “ground floor neighbors” in the building where they live. “Only one wall divides his kitchen from mine”, says the professor. “He’s 66 and I’m 72. We’re two old men. Did you need that?” jokes Valença, still recovering from the attack.

The PT owner has had the apartment for over 40 years and has known his neighbor for almost the same period. “We even have the same birthday, our children grew up together and we were great friends”, remembers Valença. “But he became a Bolsonarista and started to consider me ‘enemy’. I don’t consider him an enemy, I even tried to rescue him, but he is very aggressive. And the hatred in our society has led to this situation,” he assesses.

Valença says that in 2019, when he arrived from a party and trying not to make noise, the neighbor would have woken up irritated. “He opened the window and started scolding me, cursing my girlfriend. I made a complaint against him and it ended up in the Vara de Paulista”, he recalls.

He also remembers that a few weeks ago the neighbor beat two dogs with clubs because they were “crossing” near his apartment. “A policeman approached him, said that it was a crime to mistreat animals and he still lashed out. When the patrol arrived, he locked himself in the apartment”, says Valença. The aggressor went yesterday to a house in Camaragibe, a city in the metropolitan region.