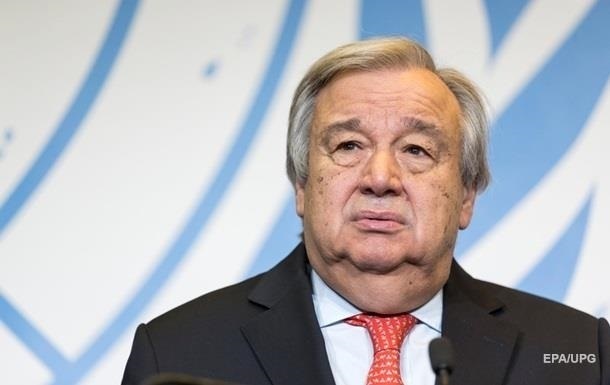 Guterres noted that private and public investment in renewable energy should be at least four trillion dollars a year.

The war in Ukraine has become a wake-up call for the world to abandon fossil fuels. UN Secretary-General António Guterres has announced a plan to accelerate the transition to renewable energy sources. CNN.

“The global energy system is broken and is bringing us ever closer to a climate catastrophe. Fossil fuels are a dead end – ecological and economic… The only sustainable future is the future of renewable energy. We must end fossil fuel pollution and accelerate the transition to renewable energy before than we burn down our only home,” he said.

Guterres proposed that renewable energy technologies such as batteries be considered “essential and freely available global public goods”. He called for a global battery coalition to accelerate innovation and adoption, led by governments and bringing together technology companies, manufacturers and financiers.

The UN Secretary General also proposes to ensure, expand and diversify the supply of critical components and raw materials for renewable energy technologies.

According to him, it is necessary to reform the bureaucracy in order to level the playing field for renewable energy sources.

In addition, according to Guterres, governments should shift subsidies from fossil fuels to protect the poor and most vulnerable people and communities.

He noted that private and public investment in renewable energy should be at least four trillion dollars a year.

Recall that earlier the UN Secretary General said that the war in Ukraine devastated food supplies, and also disrupted the energy and financial system of developing countries.

May 18: what is it and what are the current challenges of the anti-asylum struggle?

Russia to send dozens of diplomats to France, Italy and Spain