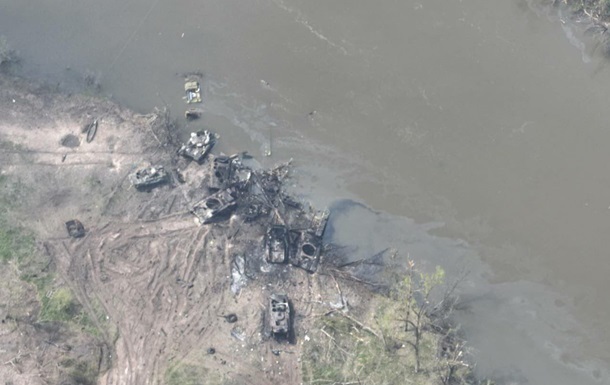 Russian soldiers refuse to go to Belogorovka and try to cross the river again, knowing that death awaits them there.

“The orcs are not forcing the Seversky Donets yet. It’s scary. Foreign media report that Putin is personally developing a plan on how to do this. The rashist military themselves refuse to go to Belogorovka, knowing that only death awaits them there. The Armed Forces of Ukraine are doing everything possible so that the Russians do not were able to cross the river, create a foothold for the offensive and cut us off from the “road of life”,” the head of the UVA wrote.

According to him, the Russians have focused exclusively on the Lugansk region, which is now an outpost holding back the Russian invasion. There is no information about the preparation of a “referendum” by the enemies.

Earlier it was reported that Russian troops once again tried to cross the Seversky Donets, but were destroyed by Ukrainian defenders.

It was also reported that Russian troops were again preparing to cross the Seversky Donets.

167,000 Russian servicemen are in Ukraine - Reznikov