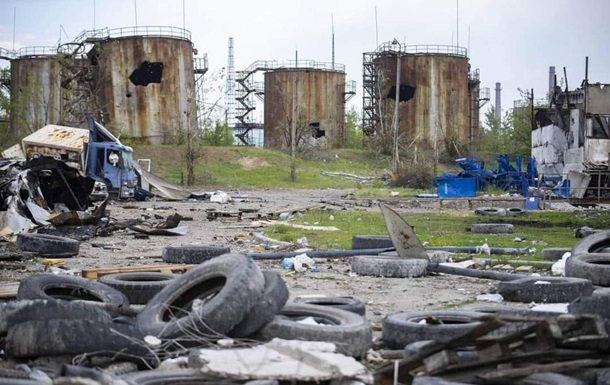 The consequences of Russian shelling in the Luhansk region

Severodonetsk, as well as settlements of the Popasnyanskaya community, received the greatest damage due to enemy attacks.

As a result of Russian shelling, the Luhansk region was de-energized, in Severodonetsk there was a lot of destruction and four people were killed. About this May 19 informed head of the regional military administration Sergei Gaidai.

“Severodonetsk was shelled from the very morning. In some places, due to powerful shelling, rescuers were not able to go to the fire sites for two hours. At least eight houses were damaged, some of them were on fire – separate apartments and entire entrances. May 18 in the city Four people were killed, three more were injured,” the governor said.

He clarified that the bodies of two women without signs of life were found after examining the apartment, where an enemy shell hit in the morning. A man was killed near one of the houses, on the same street a woman and a man came under fire from the Russians. The first died on the spot, the man was hospitalized with shrapnel wounds.

“Two more residents of Severodonsk received injuries – shrapnel wounds and shell shock. In Lisichansk, a woman’s arm was torn off. It also became known about three dead earlier – these are residents of Belogorovka and Popasnaya,” the head of the OVA added.

The Russians used aircraft to destroy civilian facilities in the areas of Loskutovka, Yekaterinovka, Orekhovo, and carried out assault operations near Ustinovka and Zolote-4. Damage to houses was recorded in Vrubovka, Nirkovo and Kamyshevakh.


Earlier it was reported that over the past day, 16 enemy attacks were repulsed in the Luhansk and Donetsk directions. Eight tanks, 17 armored vehicles, four special armored vehicles and six conventional vehicles were destroyed.

Ukraine seized assets of Russia and Belarus for 30 billion

In the Kiev region, two men were blown up by a mine