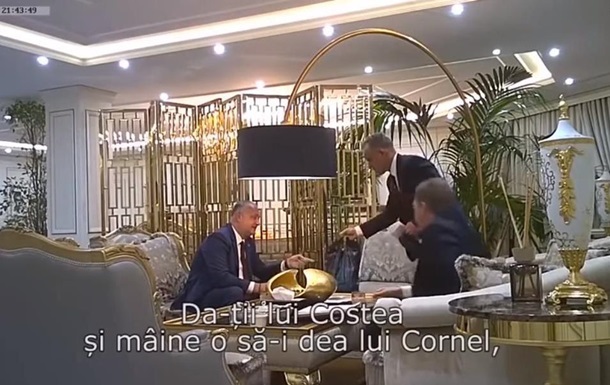 This is a fragment of a recording of the negotiations that Dodon and Plahotniuc conducted in 2019.

The Chisinau Court of Appeal annulled the decision of the local court not to initiate proceedings against Igor Dodon.

The General Prosecutor’s Office of Moldova opened a criminal case on suspicion of corruption in connection with a video recording of a meeting between the country’s ex-president Igor Dodon and the former leader of the Democratic Party, Vladimir Plahotniuc. This was reported yesterday by the publication NewsMaker.

“The acting prosecutor general ordered the launch of criminal prosecution because of the video recordings that appeared in the public space in the summer of 2019,” said Mariana Kerpek, a representative of the supervisory authority.

It is known that in May 2020, former MP Iurie Renita presented to journalists a video in which the then leader of the Democratic Party Vladimir Plahotniuc and his deputy Sergei Yaralov “hand over the package to President Igor Dodon.”

This video is a fragment of the recording of the negotiations that Dodon and Plahotniuc conducted in 2019. According to Renice, there was a large amount of money in this package.

At the end of June 2020, the Anti-Corruption Prosecutor’s Office announced that it would not initiate a criminal case on the basis of video recordings, noting that during the inspection it did not reveal “elements of a crime.” They also promised to resume the check if the prosecutor’s office is provided with more specific information or more solid evidence in the future.

But this week, the Chisinau Court of Appeal annulled the decision of the local court not to initiate a case against Dodon and the order of the former deputy chairman of the Anti-Corruption Prosecutor’s Office, Vasily Levitsky.

Recall that in December 2020, Igor Dodon became a suspect in involvement in the theft of $12 million in the Energocom case. After the interrogation, the ex-president promised “not to run away” and assured that he was ready to cooperate with the investigation.

Politico: US refuses to supply Kyiv with multiple launch rocket systems for fear that it will prolong the war