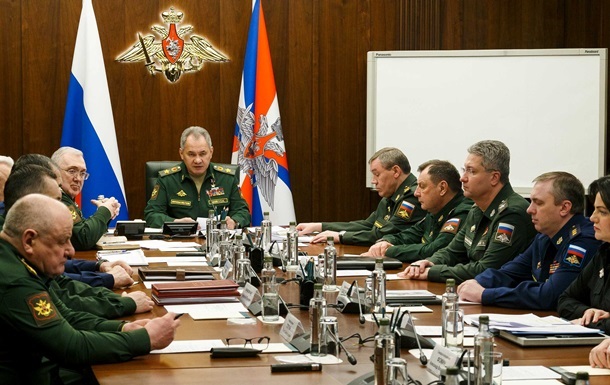 Lieutenant General Sergei Kisel was removed from command of the 1st Guards Tank Army, and the commander of the Black Sea Fleet, Vice Admiral Igor Osipov, was also fired.

In recent weeks, the Russian army has fired several high-ranking commanders responsible for the failure of the offensive into Ukraine. About this May 19 informs British intelligence.

It is noted that Lieutenant General Sergei Kisel was removed from command of the 1st Guards Tank Army for failing to capture Kharkov, and the commander of the Black Sea Fleet, Vice Admiral Igor Osipov, was dismissed for the loss of the cruiser Moskva.

“Russian Chief of Staff Valery Gerasimov is likely to remain in office, but it is unclear whether he retains President Putin’s trust. A scapegoat culture is likely prevalent in the Russian military and security system. Many officials involved in the invasion of Ukraine, are likely to be increasingly distracted by attempts to avoid personal guilt for Russia’s operational failures.

It is noted that all this will create an additional burden on the Russian centralized model of command and control. Russian officers are increasingly seeking to shift key decision-making to superiors.

“Under these conditions, it will be difficult for Russia to regain the initiative,” the intelligence service said.

As reported by the Main Intelligence Directorate of the Ministry of Defense of Ukraine, dissatisfaction with participation in hostilities is growing in the units of the occupation forces of Russia.