Traitors in Energodar begin to merge – the mayor 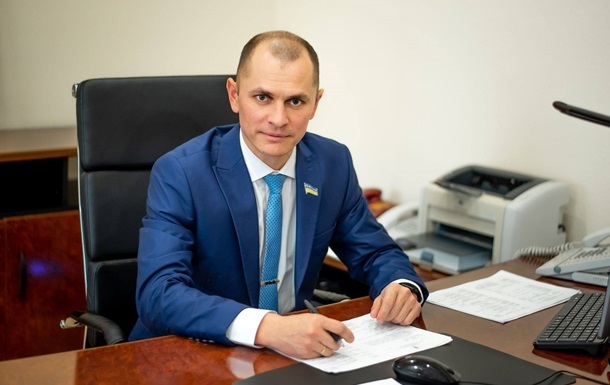 The mountains of gold promised to collaborators actually did not even reach the average salary by Ukrainian standards, Dmitry Orlov noted.

In the Zaporozhye region, in the temporarily occupied city of Energodar, despite the efforts of collaborators from the so-called “people’s administration”, all budget processes are carried out according to Ukrainian laws. The traitors understand that the Armed Forces of Ukraine will liberate the city, and are already beginning to “merge”. This was announced the night before by the mayor of Energodar Dmitry Orlov in Telegram.

According to the mayor, in Energodar, the invaders are having difficulty recruiting those who want to cooperate with them, and there are fewer and fewer new ones.

“For in the ranks of the so-called” people’s administration “of Energodar, and in fact – ordinary collaborators,” confusion and vacillation “are increasingly observed. It turned out that building the” Russian world “in Energodar on bare enthusiasm, for just one idea, is ready not all. And the mountains of gold that Shevchik promised them (deputy of the City Council from the Opposition Platform for Life, local collaborator Andriy Shevchik – ed.), in fact, did not even reach the average salary by Ukrainian standards. And even that is not paid to everyone. And what should traitors pay for? wages, if the tasks of the occupiers in two months in Energodar are practically not fulfilled,” Orlov wrote.

Thus, the Zaporizhzhya nuclear power plant both worked and continues to work in the Ukrainian segment of the energy sector, and its employees receive a salary in hryvnia. Accordingly, the Ukrainian national currency circulates in the city, and “it will be very difficult” to displace it.

“All budget processes are carried out in accordance with the current Ukrainian legislation. This means that collaborators don’t even have a chance to put their hands in it. But they don’t have their own budget, because how to fill it? It’s not so interesting how to fill your pockets. You have to improvise for this engaged in raiding and robbery of entrepreneurs,” he writes.

Orlov also listed the main “achievements” of the occupying “authorities”:

Dmitry Orlov noted that collaborators are now beginning to “merge under various pretexts”: illness, potatoes should be planted in the village, and so on.

“Now they want to be away from the ship going to the bottom. Against the backdrop of the events taking place outside Energodar, when the Armed Forces of Ukraine are already preparing for a counteroffensive, this is not surprising and predictable. Even the traitors realized that Energodar would be liberated. “, now they say that they were slandered. Those who climbed up to their throats are already looking for real estate in Crimea and Donetsk. Which, sooner or later, will also be Ukrainian,” said the mayor of Energodar.

Recall that three employees were fired at the Zaporozhye NPP for participating in the Immortal Regiment campaign, which took place on May 9 in Energodar.

Russian troops shelled a community in the Dnepropetrovsk region