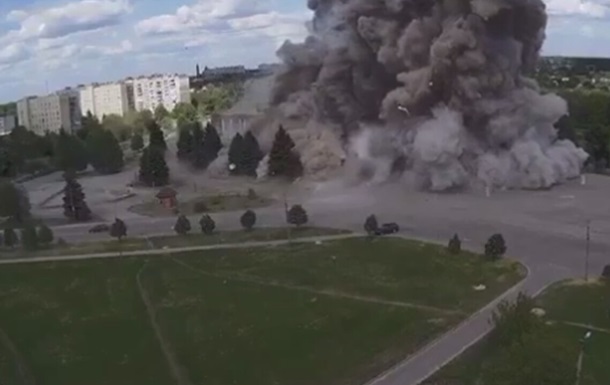 Rocket strike on the cultural center in Lozova

Kharkiv region has become the leader in terms of the number of destroyed or damaged cultural heritage sites. statistics published Ministry of Culture of Ukraine.

On Friday, May 20, the restored cultural center in Lozova was added to this sad list.

“Our losses are the cultural losses of the world community. After all, the heritage of Ukraine is closely connected with the European and world. I never tire of repeating that the destruction of cultural heritage is a war crime under the Hague Convention of 1954,” said Minister of Culture Oleksandr Tkachenko.

In total, in the Kharkiv region, the invaders damaged or destroyed 94 objects, 78 of them in Kharkiv. Among them are KhNATOB, the Kharkiv Choral Synagogue, the Holy Assumption Cathedral, the Korolenko Library, the Slava Memorial Complex and others.

Recall that on Friday, May 20, Russian troops attacked Lozovoy Kharkiv region. As a result, the recently renovated cultural center was completely destroyed.

Many pilots died in Mariupol - Zelensky