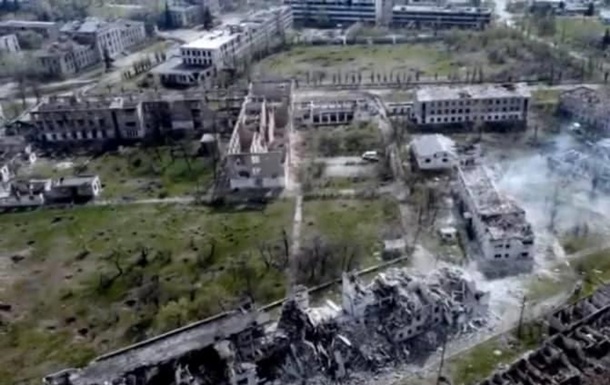 The war-torn town of Rubizhne

The Italian side really shared its vision of ways to end Russia’s war against Ukraine. The relevant proposals are now being studied, the Ukrainian Foreign Ministry reported.

The Ukrainian Foreign Ministry confirmed the information that Italy offered its vision of ending the war. Foreign Ministry spokesman Oleg Nikolenko said this in a comment. informs European truth.

“The Italian side really shared its vision of how to end Russia’s war against Ukraine. Relevant proposals are being studied now. We welcome any international efforts that will help restore peace on Ukrainian soil and in Europe. At the same time, any political decision should be based on respect for sovereignty and territorial integrity of Ukraine within its internationally recognized borders,” Nikolenko said.

The day before, Italian Prime Minister Mario Draghi reportedly called for an urgent ceasefire in Ukraine in order to start serious negotiations to end the war. He declared Italy’s readiness to do everything possible to promote a negotiated settlement of the war, but every agreement must have the full support of Ukraine.

It is also reported that Draghi did not directly mention whether Italy would continue to supply weapons to Kyiv, but there is information that Italy allegedly prepared a document with proposals to end the war in Ukraine and handed it over to the UN Secretary General.

According to the Italian edition Tomorrow, the document contains four key points-stages: the cessation of hostilities and the start of negotiations with the assistance of an international assistance group, the negotiations themselves, in which they propose to discuss the military neutrality of Ukraine with the support of other countries acting as guarantors, and with the possibility of joining the EU. Separately, it is proposed to discuss all issues of ORDLO and Crimea. The fourth paragraph proposes a new multilateral treaty to maintain peace and security in Europe, which could prevent future conflicts.

Recall, adviser to the head of the Presidential Office Mikhail Podolyak said that Ukraine is not ready for a ceasefire without a total withdrawal of Russian troops from its territory.

It was also reported that German Chancellor Olaf Scholz named the condition for ending the war in Ukraine.

Lula has 41% of voting intentions, against 32% for Bolsonaro, says new Exame/Ideia poll