Elon Musk, considered the richest man in the world, with an accumulated net worth of around US$ 282 billion (R$ 1.4 trillion), arrived in Brazil this Friday (20). In addition to the meeting with President Jair Bolsonaro (PL) and government representatives, on Saturday (21) he will meet with a list of 13 Brazilian businessmen.

Among the guests for the weekend dinner at the Hotel Fasano Boa Vista, in the interior of São Paulo, are majority partners of banks, owners of telephony and digital security companies, construction companies and even representatives of agribusiness.

In addition to what the already released list of entrepreneurs who will meet with Musk may indicate, the billionaire has a variety of interests, such as the mining sector.

A Bloomberg revealed in April this year that Vale and Elon Musk had signed a “secret agreement” for the purchase of nickel. Musk had already called on the world’s miners to increase their production of the mineral, promising a generous contract.

The contract with Vale would be a way to guarantee nickel demand for the production of batteries for Tesla’s electric vehicles and the planned 50% expansion in production. THE Vale plans to extract around 190 tons of nickel in 2022. According to the US agency, the mining company confirmed the long-term agreement and said that Tesla should cover 30% to 40% of sales of the ore

In 2020, Tesla had already expressed its interest in building a headquarters in Brazil.

But the millionaire’s horizons go much further. 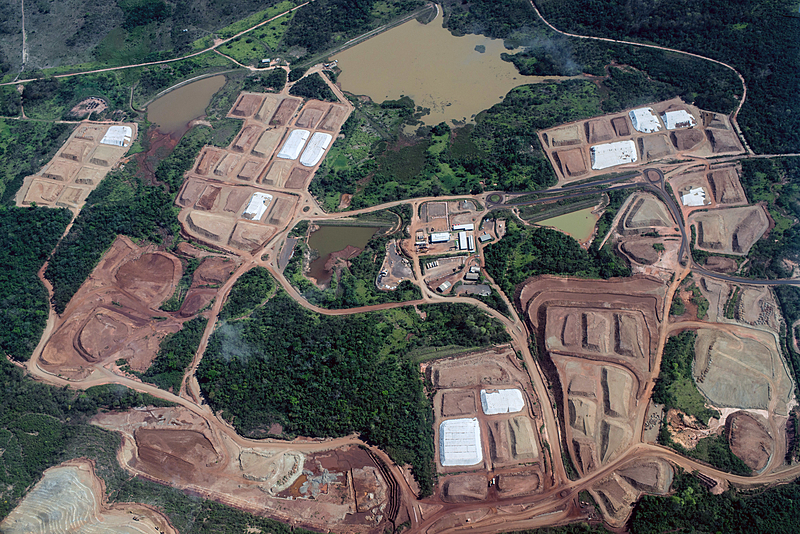 Elon Musk, increased by 70% your fortune in 2021during the covid-19 pandemic, and while passing through Brazil, he will also meet representatives of the pharmaceutical industry.

Carlos Sanchez, known as the “generic billionaire”, is president of the companies EMS, Germed Pharma and Legrand, which produce about 40% of the generic drugs consumed in Brazil.

“I want to be the first multinational laboratory in Brazil”, these Sanchez in an interview in 2019. EMS exports medicines to 32 countries.

According to Musk’s agenda, one of the meetings will be with André Esteves, representative of Banking and Trading Group Pactual (BTG Pactual), a Brazilian investment bank, created in 2015, from the merger of UBS Pactual and BTG Investimentos.

The conglomerate, based in São Paulo and Rio de Janeiro, specializes in investment capital and venture capital, and investment fund management.

Esteves, considered the 6th richest man in Brazil, according to the Forbeshas a fortune of R$ 39.5 billion and is a “senior partner” of the financial group, whose CEO is Roberto Sallouti, a partner at Mercado Livre, Banco Pan and a member of the Brazilian Federation of Banks (Febraban).

According to the latest quarterly report, released in March, the BTG Pactual manages around BRL 1.04 trillion in assets, up 36% in the last 12 months. BTG also recorded net income of BRL 2.062 billion, being one of the most profitable banks in 2022, increasing its earnings by 72% compared to the first quarter of 2021.

Carlos Fonseca, CEO of Galapagos Capital, is also on Musk’s list. Fonseca left BTG Pactual to found his own finance company in 2019. Today, Galápagos has around BRL 5.2 billion in assets under management, a portfolio of 120,000 customers and intends to be the main lending bank for startup companies, through of the so-called “venture debt” – fast credit with high interest rates.

The proposal mirrors the Silicon Valley Bank (SVB), considered the bank of startups on the west coast of the USA, which in 2021 obtained a loan of US$ 30 million from the Inter-American Development Bank (IDB) for its operations.

Musk, who has been working in the technology sector since the 1990s, will also meet with entrepreneurs in the field in Brazil.

Among them is the Maranhão Alberto Leite, CEO of FS Security, company specialized in digital security. With annual revenues of R$ 650 million, FS develops applications for storing content in clouds, selling microinsurance and antivirus. Before starting his company, Leite worked in the telecommunications sector at Telemig and Amazônia Celular.

Alberto Leite, as well as André Esteves, from BTG Pactual, attended a dinner organized by President Jair Bolsonaro and the Minister of Economy, Paulo Guedes, in 2021, to talk about their policies to combat the pandemic.

Rubens Menin, president of the MRV Engenharia group, is also on the list of Brazilian businessmen who will meet the South African billionaire.

Menin is considered one of the richest men in the country, with a estimated equity at R$6.4 billion, it is also a shareholder of Banco Inter SA and of the CNN Brasil channel, sponsor of the Atlético Mineiro team and advisor to the Brazilian Association of Real Estate Developers (Abrainc).

Another name on the list is José Auriemo Neto, who came to be nicknamed “the king of luxury”, is president of the JHSF group, a real estate developer, responsible for the construction of shopping malls and high-income investments in Brazil, being the group’s holding Fasano.

The company that also operates in Uruguay and the USA is valued at R$ 5.2 billion.

Know more: Impacts of the arrival of 5G for the Brazilian population

In addition to the Minister of Communications, Fábio Faria, Musk should meet with representatives of Anatel and also with the presidents of the largest telephone operators in Brazil: Rodrigo Abreu, from Oi, José Félix, from Claro and Pietro Labriola and Alberto Griselli from TIM. .

Since January 28 this year, Starlink, Musk’s satellite company, has been allowed to sell its internet services in Brazil.

Watch: Smart cities and ultra-fast connection: what is 5G internet and how it will change your life

A Starlinkhas a network of 4,000 satellites, operating at a distance of only 550 kilometers, and promises to offer broadband internet in rural areas.

The South African billionaire is also interested in agribusiness. Among the businessmen he will meet are Rubens Ometto Silveira Mello, president of the Cosan group, and Ricardo Faria, owner of Granja Faria.

Ometto would be the 5th biggest billionaire in Brazil, according to the Forbes list of 2021, with an equity of R$ 46 billion. It controls one of the largest agribusiness conglomerates, which brings together the companies Raízen, Rumo, Compass, Moove and Trizy, which together had a turnover of R$ 68.6 billion in 2020.

Cosan is a family business, created in 1936, in Piracicaba (SP), and built its fortune on the exploitation of work analogous to slavery in sugar cane, appearing in the Ministry of Labor’s dirty list since 2009.

In addition, during Geraldo Alckmin’s administration, in 2012, the Cosan group bought 72% of the shares of Sao Paulo Gas Company for R$ 3.4 billion.

Ricardo Faria is one of the largest landowners in the country, who controls the production of eggs and grains in Brazil. THE Granja Faria SA, was created in 2006 together with Perdigão (currently BR Foods), and today produces around 7 million eggs a day and controls 660 thousand hectares of land. In November last year, it acquired Insolo Agroindustrial in a R$ 1.8 billion deal with Harvard University.

After creating the fast food restaurant chain “Eggys”, Faria would be one of the representatives of the alliance between the agribusiness and technology sector, the so-called agtechs.

Ricardo Faria was also part of the meeting of businessmen who applauded the administration of Bolsonaro and Guedes during the pandemic.

Financing, student permanence and quotas appear as a priority in an act at USP

Lula at USP: It is our responsibility to say which country we want

The occupiers dismantled the rubble of the theater in Mariupol