Shmygal asked the Pope to help take grain out of Ukraine 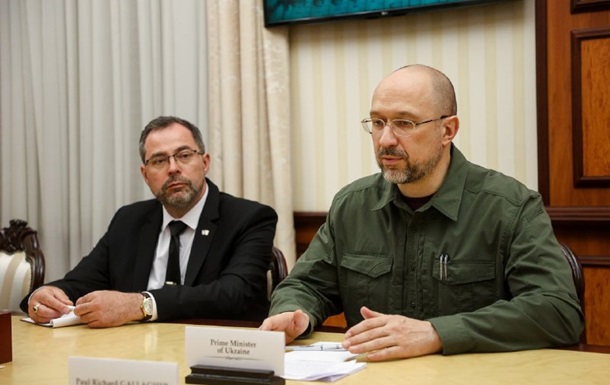 The Prime Minister of Ukraine appealed to the Holy See with a request to help organize “green” corridors for the export of Ukrainian grain.

Prime Minister Denys Shmygal, at a meeting in Kyiv with the Secretary for Interstate Relations of the Holy See, Archbishop Paul Richard Gallagher, called for help in organizing safe corridors for the export of Ukrainian grain. wrote in your Telegram.

“It is important that the delegation of the Holy See visited Bucha and Irpen, the liberated Ukrainian cities, where Russian troops committed atrocities against civilians. This is the real face of Russia and its army. War against civilians. Creation of global crises: energy, migration, food,” wrote Shmygal.

The prime minister appealed to the Holy See with an appeal to help organize safe corridors for the export of Ukrainian grain.

“At last, millions of lives around the world. We hope that Pope Francis will accept the President’s invitation to visit Ukraine,” the prime minister wrote.

Recall, earlier it was reported that the Russian invaders stole 500 thousand tons of grain in the occupied territories of Ukraine. And about 25 million tons of grain, ready for export, got stuck in Ukrainian ports.

Part of new US military aid package sent to Ukraine