Strike on Lozova: the number of wounded increased 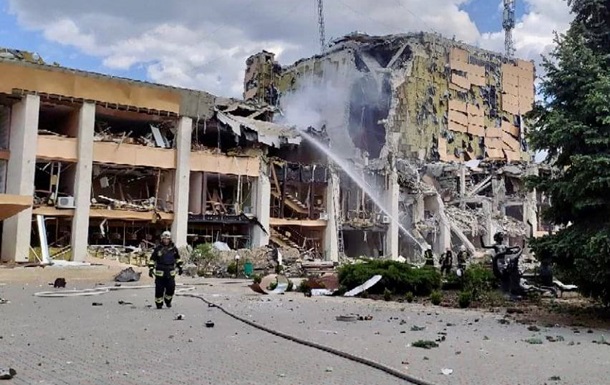 The invaders fired a rocket at Lozova

All the victims were near the premises, they received shrapnel wounds. Seven people were hospitalized.

As a result of a Russian missile attack on a house of culture in the city of Lozovaya, Kharkiv region on Friday, May 20, eight people were injured. About it informed the head of the region Oleg Sinegubov.

“As a result of the strike, 8 people were injured. Among the wounded is a girl of 11 years old. All of them were near the premises, the victims received shrapnel wounds. 7 people were hospitalized in medical institutions,” the report says.

According to the governor, three rockets flew at the city, two of which were shot down. After hitting the third, a fire started in the building.

In turn, the Kharkiv Regional Prosecutor’s Office informsthat during the missile strike, in addition to the building of the city palace of culture, about ten high-rise buildings located nearby were damaged.

A pre-trial investigation has been launched on the fact of violation of the laws and customs of war (part 1 of article 438 of the Criminal Code).

We will remind, earlier it was reported about seven victims as a result of the attack. The video of the “arrival” of an enemy missile was published by President Volodymyr Zelensky.