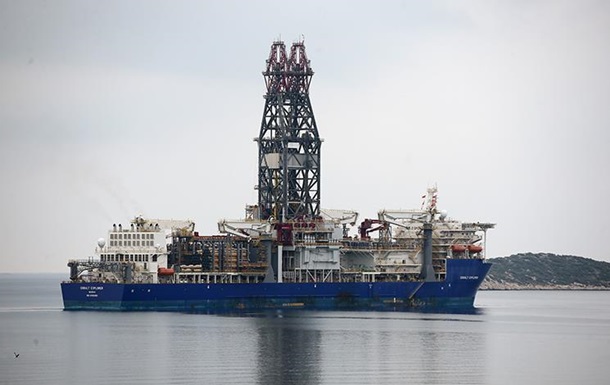 The vessel’s first mission will be exploration and drilling in the Eastern Mediterranean.

The ship will remain in the port of Tasucu for approximately two months to prepare for drilling, including control and painting work.

The fourth drilling vessel has arrived in Turkey to join the offshore hydrocarbon exploration fleet. It was announced the day before Anadolu.

It is indicated that the ship, which is still called Cobalt Explorer, sailed from the port of Okpo in South Korea on March 7, and yesterday reached the Turkish port of Tashuju in Mersin.

The fourth vessel of the seventh generation is also equipped with the latest technology. Its length is 238 meters, width 42 meters. The height of the drilling rig is 104 meters. The crew of the vessel, consisting of 200 people, can carry out drilling operations at a depth of 12,200 m, the report says.

The ship will remain in port for approximately two months to prepare for drilling, including control and paint work.

Further, the new vessel will join the drilling ships Fatih, Kanuni and Yavuz, which carry out hydrocarbon exploration.

The vessel’s first mission will be exploration and drilling in the Eastern Mediterranean.

Recall that in June 2021, Turkey discovered a new large gas field in the Black Sea with reserves of more than 135 billion cubic meters. It was discovered by the drilling vessel Fatih in the Amasra-1 well in the Sakarya area.

And in August 2020, Turkey discovered the largest gas field in the history of the country in the Black Sea – with a volume of 320 billion cubic meters.

WSJ: US may lift sanctions on Belarus in exchange for grain transit from Ukraine

The assault on Severodonetsk was unsuccessful - Gaidai