A powerful hurricane is approaching Ukraine 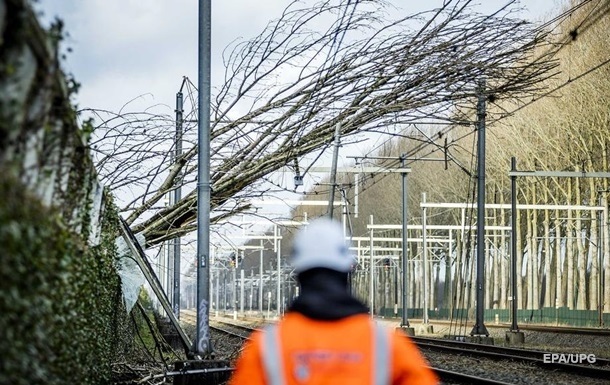 Ukraine will be covered by strong gusts of wind

Bad weather has already hit the Lviv and Rivne regions, and tomorrow a storm warning has been announced throughout the country.

On Saturday, May 21, a powerful hurricane is moving to the west of Ukraine, which caused trouble in Germany the day before. So, in Lviv, due to bad weather, a yellow level of danger was introduced. About this in Telegram said the Lviv City Council.

“Today the whole day will pass what is now over the territory of Poland. Everyone should be very careful, if possible, repark the car away from the trees and not go to the parks!” – the message says.

According to weather forecasters, there will be a thunderstorm in the city of Lviv, gusts of wind, squalls of 17 – 22 m / s in the afternoon, hail.

It should be noted that local residents in social networks are already reporting that a strong wind has covered some areas of the Lviv and Rivne regions. So, today a significant bad weather was recorded in the village of Hrushvitsa, where a hurricane broke out and found farmers working in the field. The published video shows agricultural machinery, including a sprayer, caught in the epicenter of the “sand storm”.

Also for tomorrow, May 22, Ukrgidromettsentr announced a storm warning throughout Ukraine.

Recall that a hurricane swept through Kyiv and three regions of Ukraine. High-voltage lines supplying 100,000 customers in the Obolonsky, Podolsky and Svyatoshinsky districts were cut off in the capital because of the wind.

It was also reported that in Kyiv the wind broke the legendary linden of Peter Mohyla. According to legend, the linden tree was planted by Metropolitan Peter Mohyla in 1635 in honor of the partial restoration of the Church of the Tithes.

Russia bans Joe Biden and his son from entering the country

WHO: Monkeypox spread in Europe could accelerate in summer