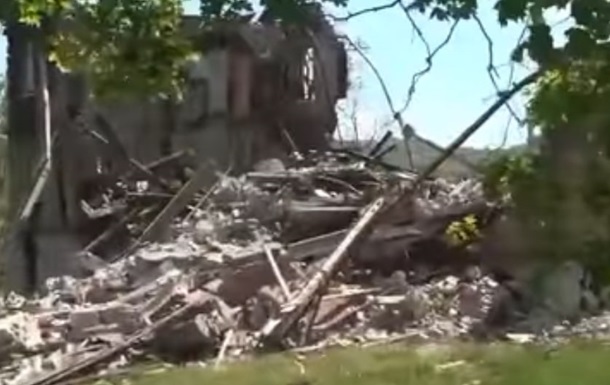 One of the destroyed houses in Belogorovka

Due to the many unsuccessful attempts by the invaders to cross the Seversky Donets near the village, it is called the “new Chernobaevka”.

On May 20, eight civilians were evacuated from the village of Belogorovka, Luhansk region. About it informed the head of the region Sergei Gaidai and showed a video of the settlement destroyed by the Russian invaders.

So, the police went around the people who remained in the village and called them to evacuate. Those who refused to leave were asked to sit in shelters.

As you know, near Belogorovka, the invaders many times tried to cross the Seversky Donets River, and at each attempt they were “covered” by the Ukrainian military.

At the same time, the governor notes that this is not the end yet: “They will climb again. We are waiting for a new series.”

Earlier, journalist Yuri Butusov published photos taken near the village of Belogorovka after the APU drove the aggressors to the northern bank of the Seversky Donets.