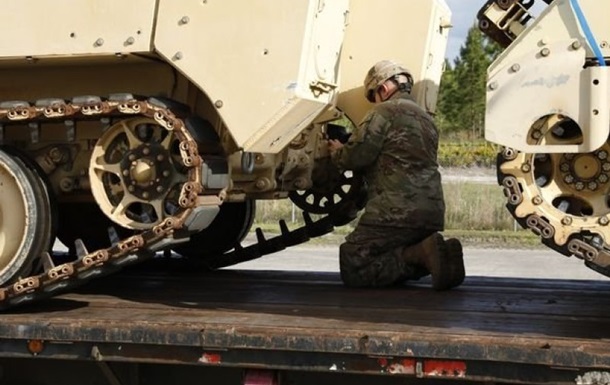 The General Staff of the Armed Forces of Ukraine shared a photo and expressed gratitude to colleagues from the United States for their support and assistance.

The US military showed the loading of M113 armored personnel carriers, which will be handed over to Ukraine. Relevant photos on Friday, May 20, made public press office of the US Department of Defense.

“At Fort Stewart, Georgia, US Army personnel from the US 3rd Infantry Division are loading M113 armored personnel carriers bound for Europe to provide military assistance to Ukraine,” the caption reads.

The General Staff of the Armed Forces of Ukraine expressed gratitude to colleagues from the United States for their support and assistance.

Earlier, the United States demonstrated how they are preparing to transfer another batch of weapons to Ukraine, including 155-mm M777 howitzers.


US to supply Ukraine with Patriot air defense system