The date of the second military summit on Ukraine is known 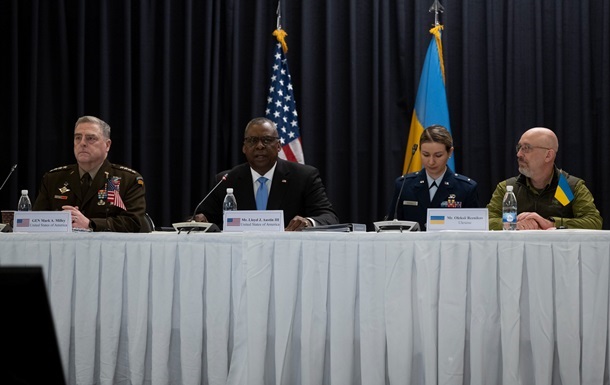 During Ramstein-2, the further needs of the Armed Forces of Ukraine, which resist the Russian invasion, will be analyzed.

On May 23, Germany, at the American Ramstein Air Base, will host the second meeting of the Advisory Group on the Defense of Ukraine with the participation of more than 40 countries. This was stated by Pentagon Speaker John Kirby at briefing on Friday, May 20th.

According to him, the head of department Lloyd Austin informed the Minister of Defense of Ukraine Oleksiy Reznikov about the new summit during a telephone conversation.

“The second meeting of the Ukrainian Defense Contact Group will take place on Monday. It will be held online. The Secretary will join from the Pentagon,” Kirby said, adding that a full list of participants and other details on the summit will be provided on the morning of May 23.

“They will come together, as they did in Ramstein last month, to provide security assistance to Ukraine and discuss what it will look like in the future,” the US Department of Defense spokesman said.

In turn, Reznikov clarifiedthat during Ramstein-2 further needs of the Armed Forces will be analyzed.

“There was another conversation with our friend Pentagon chief Lloyd Austin. We discussed the current efforts of the Ukrainian army to repel Russia’s armed aggression. We also discussed the upcoming Ramstein-2 online meeting, where we will assess the needs of the Armed Forces of Ukraine,” the report says.

Recall, on April 26, the first meeting of the international advisory group on support for Ukraine was held at the Ramstein Air Force Base in Germany with the participation of defense ministers from more than 40 countries, including Ukraine.

Then, in his speech, the head of the Pentagon called the summit historic, noting that its goal is to help Ukraine win the war started by the Russian invasion.

These meetings are scheduled to be held monthly.

Tags: analyzeddatedefenseGermanymilitaryneedsopposePentagonRammsteinRussiansummitUkraineUSAwar in ukrainewar with russia

The case of the former journalist of the Belteleradiocompany Ksenia Lutskina was sent to court, she faces up to 12 years