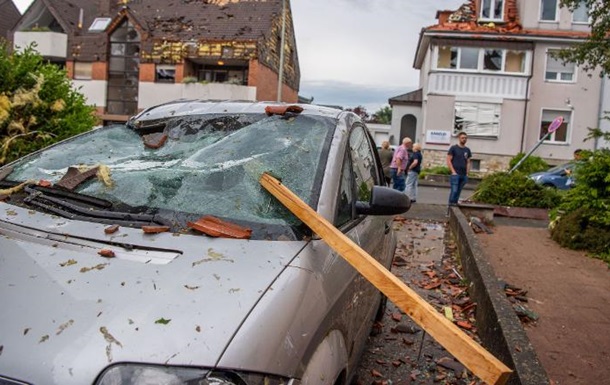 Consequences of a tornado in Germany

In the city of Paderborn, the elements left behind demolished roofs, overturned cars and fallen trees.

Several tornadoes swept over the German region of North Rhine-Westphalia on Friday, May 20. 38 people were injured. About it informs Bild newspaper.

So, in the city of Paderborn, the elements left behind demolished roofs, overturned cars and fallen trees. About 30 residents were injured here, ten of them were seriously injured.

In nearby Lippstadt, a blizzard toppled a church steeple and more than 100 citizens were trapped in an outdoor swimming pool as fallen trees blocked the exit.

The consequences of a tornado are eliminated by rescuers. The damage is estimated at several million euros.


Western Germany a couple of hours ago, absolutely insane!! pic.twitter.com/m8HNGm33DW


There was a tornado in Germany yesterday. Many injured, some badly. Lots of damage and destruction. pic.twitter.com/l8REL6T2jn

Recall that on the night of December 11 last year, a series of devastating tornadoes swept through the southeastern United States, which were called one of the largest tornadoes in US history.

The state of Kentucky suffered the most. At least 74 people died there as a result of the disaster. Dozens of people are listed as missing.