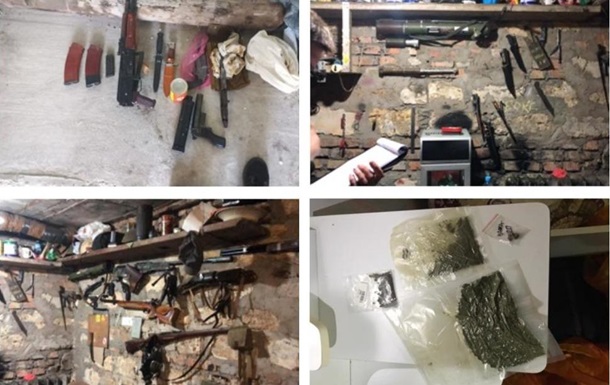 In Odessa found a warehouse of weapons and drugs

In Odessa, a 31-year-old local resident was found to have machine guns, rocket-propelled grenades, rifles and half a kilo of drugs. This was reported on Monday, May 23, in the press service of the police.

“Employees of the detective department of the Investigation Department of the GNP in the Odessa region received operational information that the inhabitant of Odessa keeps an arsenal of weapons with psychotropic drugs, which was confirmed during a check at the place of residence and in the garage,” the report says.

It is noted that several assault rifles, rifles, pistols, magazines, rocket launchers, rocket-propelled anti-tank grenades, powder engines, gunpowder, knives and about half a kilogram of hashish and marijuana were confiscated from the man.

Prohibited items and substances were seized and sent for examination. During the investigation, law enforcement officers will establish the origin of the seized and the purpose of storage.

The suspect faces up to 10 years in prison with confiscation of property.

Earlier it was reported that a foreigner tried to take more than 20 kg of hashish to Poland. The man hid plastic bags with drugs in the fuel tank of his car.

Recall, earlier in the Lvov region, a 60-year-old pensioner who was selling methadone was detained.

Russia continues to carry out missile strikes - Ministry of Defense