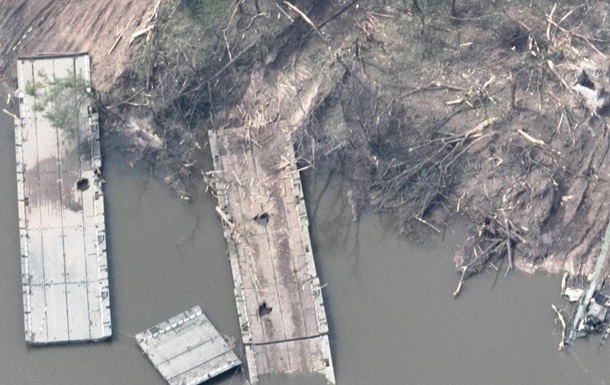 The exact blow of the military destroyed the crossing, as well as the Russian tank that was on it during the attack.

Thanks to the border guards in the Luhansk region, the defenders once again defeated the pontoon crossing of the invaders across the Seversky Donets River. About this on Sunday, May 22, reported at the Ministry of the Interior.

“Air reconnaissance officers of the State Border Service of Ukraine discovered that the invaders had established a crossing across the river. Having equipped a pontoon bridge, they were going to transport about a dozen units of armored vehicles. The temporary transfer of information to the artillerymen of the Armed Forces of Ukraine made adjustments to the plans of the invaders,” the report says.

So, the crossing was destroyed by the military of the Armed Forces of Ukraine, as well as the Russian tank, which was on it during the attack.

At the same time, other enemy tanks, infantry fighting vehicles and infantry tried to escape, but they were found with the help of the drone of the border guards.

“As a result of the work of our artillery, the enemy lost several pieces of equipment and several soldiers,” the Interior Ministry said.

As reported, the head of the Luhansk OVA, Sergei Gaidai, said that the Russian army plans to once again transfer its troops across the Seversky Donets River near the village of Belogorivka, despite the large-scale defeat of their forces by the Ukrainian Armed Forces a few days earlier.

US special forces may be sent to Ukraine - media