Occupants do not let people out of Melitopol and Energodar 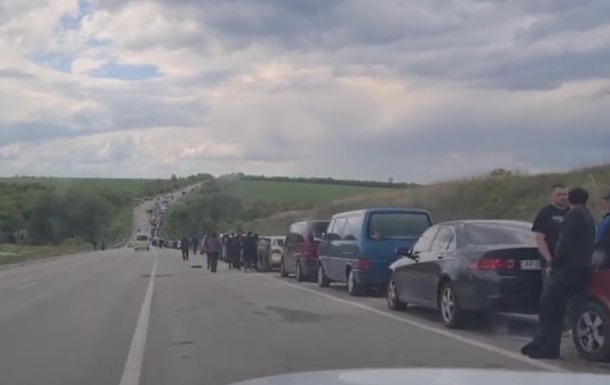 The invaders blocked their checkpoint and do not let out several hundred cars of civilians who are trying to leave for Zaporozhye.

The Russian military blocked the checkpoint in Vasilyevka, Zaporozhye region, and do not let local residents out of the occupied territories. About this on Monday, May 23, reported in the Zaporozhye regional military administration.

So, at noon, about 400 cars stood in line at the checkpoint.

It is noted that at the moment there is no possibility of leaving the temporarily occupied territories in the direction of Zaporozhye from the cities of Melitopol and Energodar.

“At the enemy’s checkpoint in Vasilievka, for unknown reasons, they do not let any vehicles through. A line of more than 400 vehicles has already accumulated,” the report says.

The OVA noted that a car was expected from Zaporozhye, including with humanitarian aid for residents of the temporarily occupied territories.

Today it became known that in Energodar the invaders shot an employee of the Zaporizhzhya NPP.

Recall that last week in the city of Vasilyevka, in front of the checkpoint of the occupiers, there were more than a thousand cars with people who were not allowed by the military of the Russian Federation.