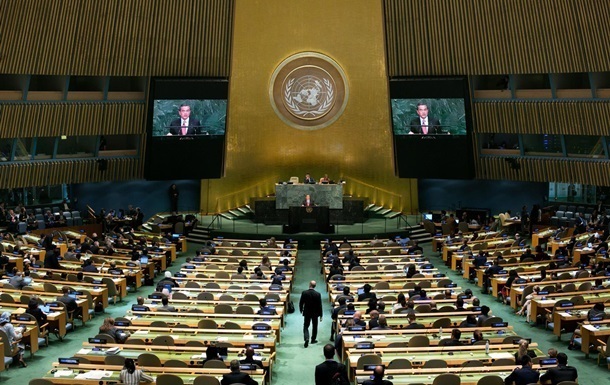 In his letter, the adviser to the Russian mission stated that he had never been as ashamed of his country and work as on February 24th.

Boris Bondarev, adviser to the Russian mission to the UN, resigned due to disagreement with the policy of the top leadership of the Russian Federation. The text of the diplomat’s statement was published on his Facebook pages and Linkedin. Later, Bondarev himself confirmed in a comment For businessman the authenticity of the letter.

It was also published on their pages in social networks by the head of the non-governmental organization UN Watch with an office in Geneva, Hillel Neuer, and the former head of the Munich Security Conference, Wolfgang Ischinger.

Neuer, by the way, wrote that he expects other Russian diplomats to follow the example of their colleague and also resign.

In his appeal, Bondarev states that he “has never been so ashamed of his country and work as on February 24 of this year.”

“The aggressive war unleashed by Putin with Ukraine, and in fact with the entire Western world, is not only a crime against the Ukrainian people, but also, perhaps, the worst crime against the people of Russia, which crossed out all hopes for the gradual development of a democratic society in our country with a bold letter Z. Those who conceived this war, they want only one thing – to remain in power forever, live in pompous tasteless palaces, use yachts, the tonnage and cost of which are commensurate with the entire Russian Navy, enjoying unlimited power and total impunity … To do this, they are ready to bring in many lives have been sacrificed. Thousands of Russians and Ukrainians have already died,” the appeal reads.

The diplomat specifically criticizes the Russian Foreign Ministry as a system that “deceives itself” and behaves like a propaganda machine.

“Minister Lavrov is a good illustration of the degradation of this system. In 18 years, he has gone from a professional and educated intellectual, a model for many employees, to a person who constantly broadcasts mutually negative statements and threatens the world (that is, Russia too) with nuclear weapons. Now the Foreign Ministry does not engage in diplomacy, but sows lies, incites hatred and war,” writes Bondarev.

He emphasizes that Russia was left face to face not because of fictitious “Russophobia”, but because of its own aggressive policy.

He concludes the letter by saying that remaining in his diplomatic position and maintaining this course is tantamount to betraying his country, so he decided to quit.


Finally! Boris Bondarev should be invited to speak in Davos this week. Let’s hope other Russian professional diplomats will now follow his example and resign in order to retain their personal dignity @borgebrende @fuecks @fritzfelgentreu @MunSecConf https://t.co/BtvM6D0ayF

Recall, the UN General Assembly on April 7 expelled Russia from its membership after reports of killings of civilians by the Russian military in Ukraine. The place of the Russian Federation was taken by the Czech Republic.

And in March, the Committee of Ministers of the Council of Europe expelled Russia from the organization. Before that, the exclusion of the Russian Federation was unanimously supported in PACE.