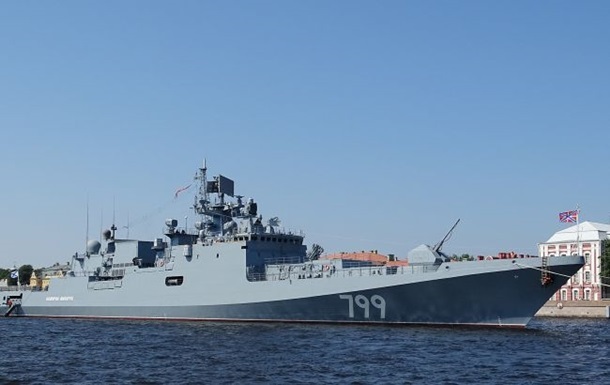 The likelihood of missile strikes is increasing, the defenders warned and urged to heed the alarms.

The Russian frigate Admiral Makarov set off for the Black Sea coast in the Odessa region. This is stated in summary Operational Command South, released on the night of Monday, May 23.

“One of the newest ships of the Black Sea Fleet, Admiral Makarov, has advanced from Sevastopol to a grouping in the Black Sea of ​​seven large landing ships and two missile ships. … The likelihood of missile strikes is still increasing,” the defenders noted.

In this regard, residents of the region were urged to listen to alarm signals and not endanger themselves.

Recall, on May 6, it was reported that the Armed Forces of Ukraine shot down the frigate Admiral Makarov with Ukrainian missiles Neptune in the area of ​​​​Snake Island.

A week later, journalist Roman Tsymbalyuk said that the command of the Russian Black Sea Fleet had decided to appoint a new flagship. They became the frigate Admiral Makarov.

7 killed in shelling in Donetsk region