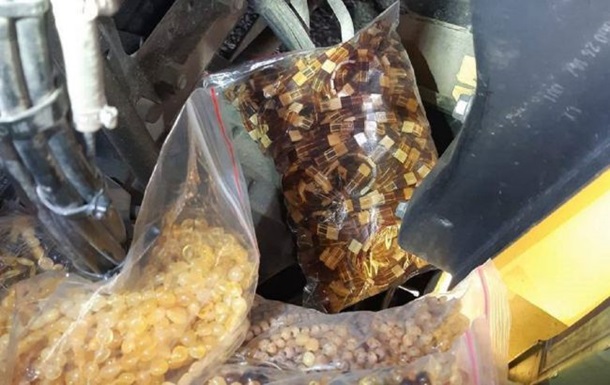 A foreigner tried to take amber out of Ukraine

The man hid bags stuffed with fossil resin in his personal vehicle.

In Bukovina at the checkpoint Porubnoe, that on the Ukrainian-Romanian border, border guards, together with the customs service, found 58 packages of amber products from a Turkish citizen. On Monday, May 23, reports State Border Guard Service.

“The total weight of the seized packages is more than 60 kg,” the report says.

The man hid the amber items in the car in which he tried to cross the border.


Porubnoye – a checkpoint across the state border of Ukraine on the border with Romania. Located in the Chernivtsi region, Gluboksky district, near the village of Terebleche. Type of international checkpoint – automobile.

Recall that in January in the Rivne region, law enforcement officers carried out a large-scale operation to counter illegal mining of amber.

Earlier, customs officers found 50 kg of amber on a Kyiv-Vienna passenger train, which was hidden under a washbasin.

Zelensky called the condition for a meeting with Putin

The President appreciated the possibility of recapturing the Crimea