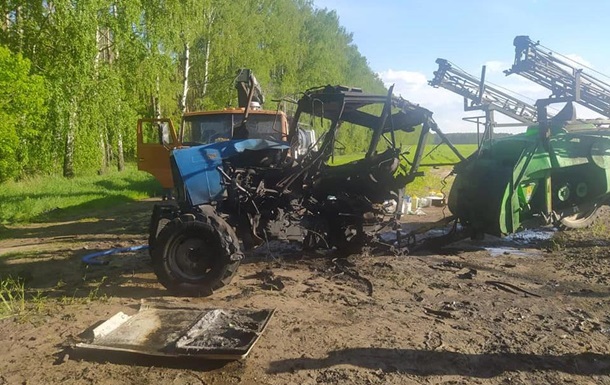 The explosion occurred on a field near the village of Kienka, Chernihiv region

The pyrotechnicians checked the surrounding area and found another TM-62M anti-tank mine.

In the Chernihiv region, a tractor ran over an explosive device during field work. The tractor driver was seriously injured and died. About it informs GSChS on Monday, May 23.

“At 17:34, line 101 received a message about an explosion in a field near the village of Kienka, Chernihiv region… The tractor driver was taken to the hospital in a serious condition by an ambulance. Unfortunately, the man died from his injuries,” the report says.

Pyrotechnicians of the State Emergency Service, together with explosives experts from the National Police, checked the surrounding area for other explosive objects and found another TM-62M anti-tank mine.

Recall that last week in the Kyiv region, two men were blown up by an OZM-72 anti-personnel mine. The incident occurred in the Buchansky district between the villages of Lipovka and Korolovka. The injured were hospitalized.

And in the Sumy region, an employee of Ukrzaliznytsia was blown up by an anti-personnel mine. The invaders laid mines in the common areas of the village of Nizhnyaya Syrovatka, Sumy region.