Young Guarani Kaiowá is killed, indigenous people take back their farm and threats from farmers grow in MS

Tension between indigenous people and farmers escalated in Mato Grosso do Sul, in the region that borders Paraguay. This Saturday (21), an 18-year-old Guarani Kaiowá, Alex Recarte Vasques Lopes, was murdered with at least five shots. In reaction, indigenous people from their community took back a farm in the city of Coronel Sapucaia (MS) and have remained there since Sunday (22).

According to the Indigenous Missionary Council (Cimi), the campers report that drones have been flying over the place since Monday afternoon (23) and that farmers have gathered on the side road.

Nearby and also this weekend, in the municipality of Japorã (MS), Guarani Ñandeva leaders from the Yvy Katu Indigenous Land (TI) report having had part of their territory invaded by tractors and armed men, pressing for the area to be ceded to leasing and soybean monoculture.

Both situations took place while a meeting was held between indigenous leaders of the region in the Guaimbé TI, in the municipality of Laguna Carapã (MS). Many of them, therefore, were not present during the attacks experienced in their territories. Aty Guasu, the Great Assembly of the Guarani and Kaiowá peoples, took place between the 17th and 21st of May.

The murder of the young Guarani Kaiowá

Strong photos of Alex shot are circulating on the social networks of indigenous movement organizations (attention: the images are strong). The organizations demand investigation from the federal authorities and claim to fear retaliation from the police and farmers.

Questioned by Brazil de facto on what measures are being taken, the Federal Public Ministry (MPF) of Ponta Porã said that “it will not manifest itself”.

:: What should non-indigenous people learn from native peoples to prevent the sky from falling? ::

According to indigenous leaders in the region, Alex had left together with his wife from the Taquaperi reserve, where they lived. While she was bathing in the river, he went to get firewood. From the water, she would have heard the shots. Terrified, she returned to the community to ask for help. The youth’s body was found on the Paraguayan side of the border, about 10 km from the reserve, in the town of Capitán Bado.

According to reports from the Guarani Kaiowá collected by Cimi, Alex would have been murdered inside the area of ​​the farm that was retaken on Sunday (22). It was renamed tekoha Jopara, which means “diversity”.

“In order to avoid repeating the history of other deaths that went unpunished, Cimi calls for the federalization of investigations”, defends Flávio Machado, a member of the council in Mato Grosso do Sul.

Among the murders committed in the same region that went unanswered are those of three leaders of the tekoha Kurusu Amba – Xurite, Ortiz and Oswaldo Lopes – committed between 2007 and 2009.

The community where Alex lived was one of eight indigenous reserves created, at the beginning of the 20th century, by the Indian Protection Service (SPI), an agency that would later become Funai.

Noting that the Taqueperi TI currently has only 3,600 hectares for a population of 3,300 indigenous people, Cimi advisor Tiago Miotto describes that “the confinement and appropriation, over the decades, of parts of the area reserved by ranchers is one of the reasons why the Guarani and Kaiowá of the reserve frequent forested areas on the properties neighboring the reserve, claimed by the indigenous people as part of their traditional territory”. 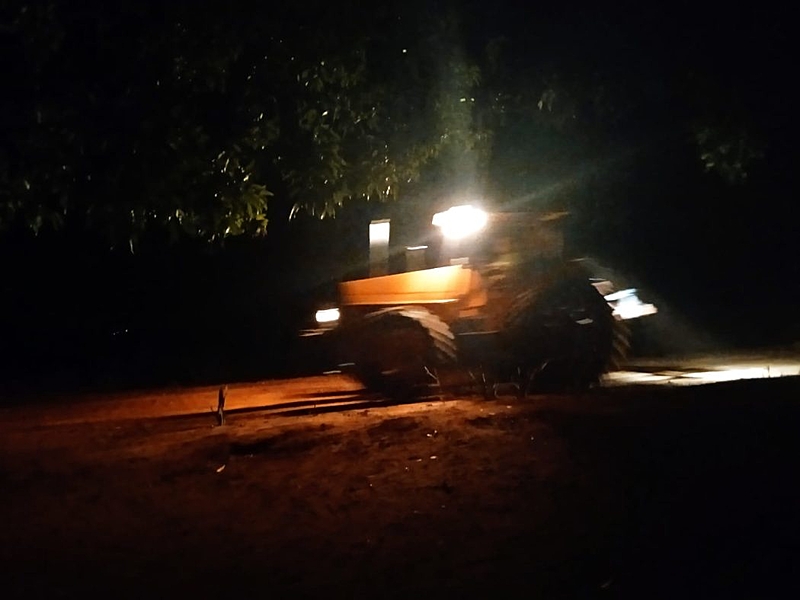 Aty Guasu leaders reported that the Yvy Katu Indigenous Land, retaken in 2013, had part of its area invaded by at least five tractors, trucks and trailers with limestone since Saturday night (21).

Trees, coconut trees and native forest would have been felled to forcibly plow the land for lease. Also according to members of Aty Guasu, trucks belonging to farmers circulated around the houses while men fired shots into the air.

Economic forum confirms: lack of food for the poor; billionaires are getting richer