Champions League final ball will call for peace in Ukraine 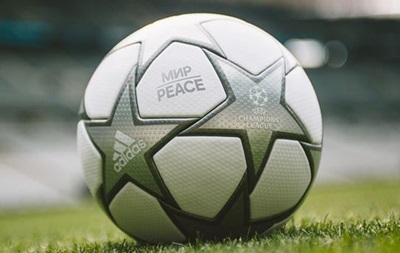 UEFA reveals the official ball of the Champions League final

UEFA has revealed how Real Madrid and Liverpool will play in the Champions League final.

UEFA officially unveiled the Champions League final ball. Traditionally, it has stars made in the color of mercury. The main difference between the football projectile was the inscription calling for peace in Ukraine. It is made in two languages, Ukrainian and English – Mir and Peace.

It should be noted that UEFA uses such a call for peace in our country on advertising space during all European Cup matches, starting with the full-scale invasion of Putin’s troops into Ukraine three months ago.

Recall that in the decisive match of the Champions League will play Real Madrid and Liverpool. The fight will take place on May 28 in Paris at the Stade de France stadium and will start at 22:00 Kyiv time.