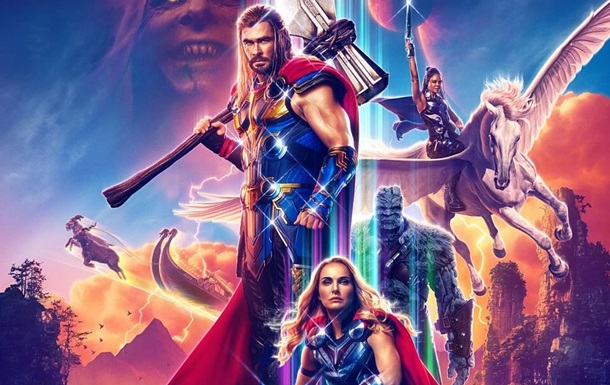 The latest installment in the Avengers franchise will be released worldwide on July 8th. In Ukraine, it will be shown on July 7.

The full trailer for Thor: Love and Thunder has been released. The video appeared on the YouTube channel of the Marvel Cinematic Universe.

In the story, the son of Odin, played by Chris Hemsworth, is trying to find himself and goes on a journey through space with the Guardians of the Galaxy. Thor will fight the godslayer Gorr. This role was played by Christian Bale.

To defeat Gorr, the superhero will turn to the newly crowned Queen of New Asgard, Valkyrie, and his ex-girlfriend Jane Foster, who has become the Mighty Thor, for help. She will be played by Natalie Portman.

It was directed and written by Taika Waititi.

Philippine President Duterte: "Many people say that Putin and I are both murderers. But I do not kill children and the elderly"