In Nikolaev, a large-scale fire broke out at a gas station 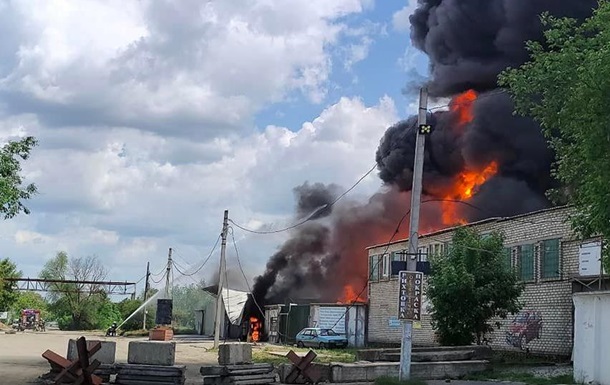 On Tuesday morning in Nikolaev on Novozavodskaya Street there was a powerful fire at a gas station. About it informs State Emergency Service on May 24th.

Information about the fire was received at 11:03. The fire spread to 300 sq. m. Currently, 10 pieces of equipment and 35 rescuers are involved in the extinguishing.

One victim is known to have been taken to the hospital by ambulance.

local edition News-N referring to eyewitnesses, he reports that at first the fuel truck caught fire, which brought fuel to the gas station. Within a short time, the fire engulfed the entire gas station.

Earlier, large fires broke out near Nikolaev due to the shelling of Russian troops in the village of Shevchenkovo ​​and the village of Luch. Firefighters put out the fire on the territory of the Luch garage cooperative on an area of ​​80 square meters. m, and then on an area of ​​1000 sq. m eliminated the fire at one of the enterprises.

Also, due to enemy shelling, a fire broke out on the Central Avenue of the Ingulsky district of Nikolaev.

West is waiting for peace agreements between Ukraine and Russia - Podolyak